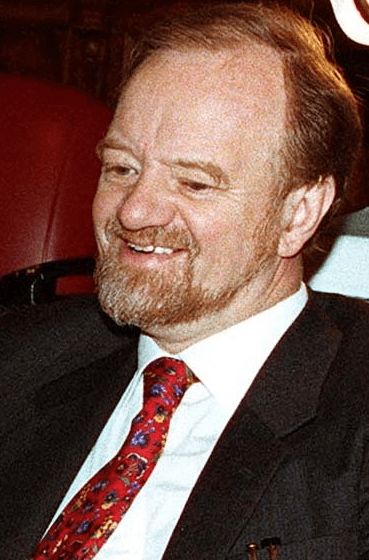 Robert Finlayson Cook (28 February 1946 – 6 August 2005) was a British Labour Party politician, who served as the Member of Parliament (MP) for Livingston from 1983 until his death, and served in the Cabinet as Foreign Secretary from 1997 until 2001, when he was replaced by Jack Straw.
He studied at the University of Edinburgh before being elected as the Member of Parliament for Edinburgh Central in 1974. In Parliament he was known for his debating ability and rapidly rose through the political ranks and ultimately into the Cabinet. As Foreign Secretary, he oversaw British interventions in Kosovo and Sierra Leone.
He resigned from his positions as Lord President of the Council and Leader of the House of Commons on 17 March 2003 in protest against the invasion of Iraq. At the time of his death, he was President of the Foreign Policy Centre and a Vice-President of the America All Party Parliamentary Group and the Global Security and Non-Proliferation All Party Parliamentary Group.