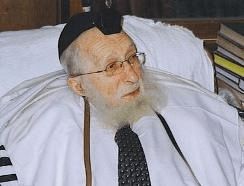 Ruchoma Shain (6 December 1914 – 16 March 2013) was an American-born rebbetzin, English teacher, and author. She is best known for her first book, All for the Boss (1984), a biography of her father, Yaakov Yosef Herman, which she wrote in her late sixties. In detailing her father's life, she also describes Orthodox Jewish life in America in the early 1900s. All for the Boss became one of the all-time bestsellers for Feldheim Publishers, and Shain's stories and observations are quoted by numerous authors.
Her second book, Reaching the Stars (1990), chronicles her experiences as a teacher. She also authored Dearest Children, All for the Best, and Shining Lights.