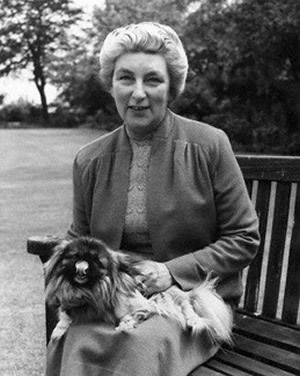 Margaret Rumer Godden OBE} (10 December 1907 – 8 November 1998) was an English author of more than 60 fiction and nonfiction books written under the name of Rumer Godden. Nine of her works have been made into films, most notably Black Narcissus in 1947.
A few of her works were co-written with her older sister, novelist Jon Godden, including Two Under the Indian Sun, a memoir of the Goddens' childhood in a region of India now part of Bangladesh.