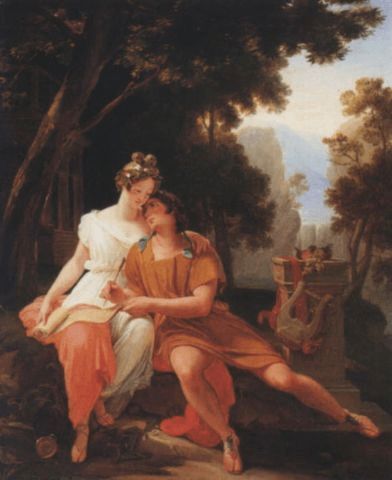 Sextus Propertius was a Latin elegiac poet of the Augustan age. He was born around 50–45 BC in Assisium and died shortly after 15 BC.
Propertius' surviving work comprises four books of Elegies (la Elegiae). He was a friend of the poets Gallus and Virgil and, with them, had as his patron Maecenas and, through Maecenas, the emperor Augustus. Although Propertius was not as renowned in his own time as other Latin elegists, he is today regarded by scholars as a major poet.