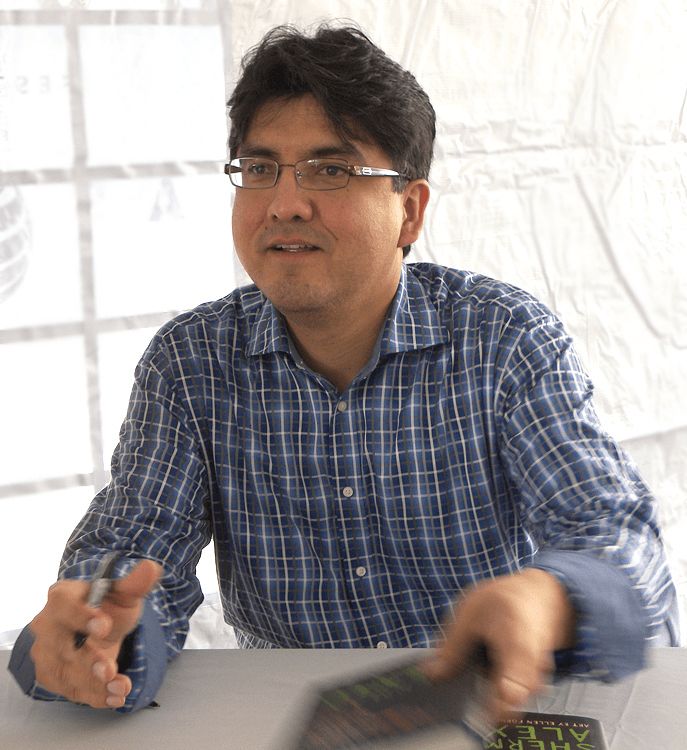 Sherman Joseph Alexie, Jr. (born October 7, 1966) is a Spokane-Coeur d'Alene-American novelist, short story writer, poet, and filmmaker. His writings draw on his experiences as an Indigenous American with ancestry from several tribes. He grew up on the Spokane Indian Reservation and now lives in Seattle, Washington.
His best-known book is The Lone Ranger and Tonto Fistfight in Heaven (1993), a collection of short stories. It was adapted as the film Smoke Signals (1998), for which he also wrote the screenplay.
His first novel Reservation Blues received one of the fifteen 1996 American Book Awards. His first young adult novel, The Absolutely True Diary of a Part-Time Indian (2007), is a semi-autobiographical novel that won the 2007 U.S. National Book Award for Young People's Literature and the Odyssey Award as best 2008 audiobook for young people (read by Alexie). His 2009 collection of short stories and poems, War Dances, won the 2010 PEN/Faulkner Award for Fiction.
Alexie is the guest editor of the 2015 Best American Poetry.