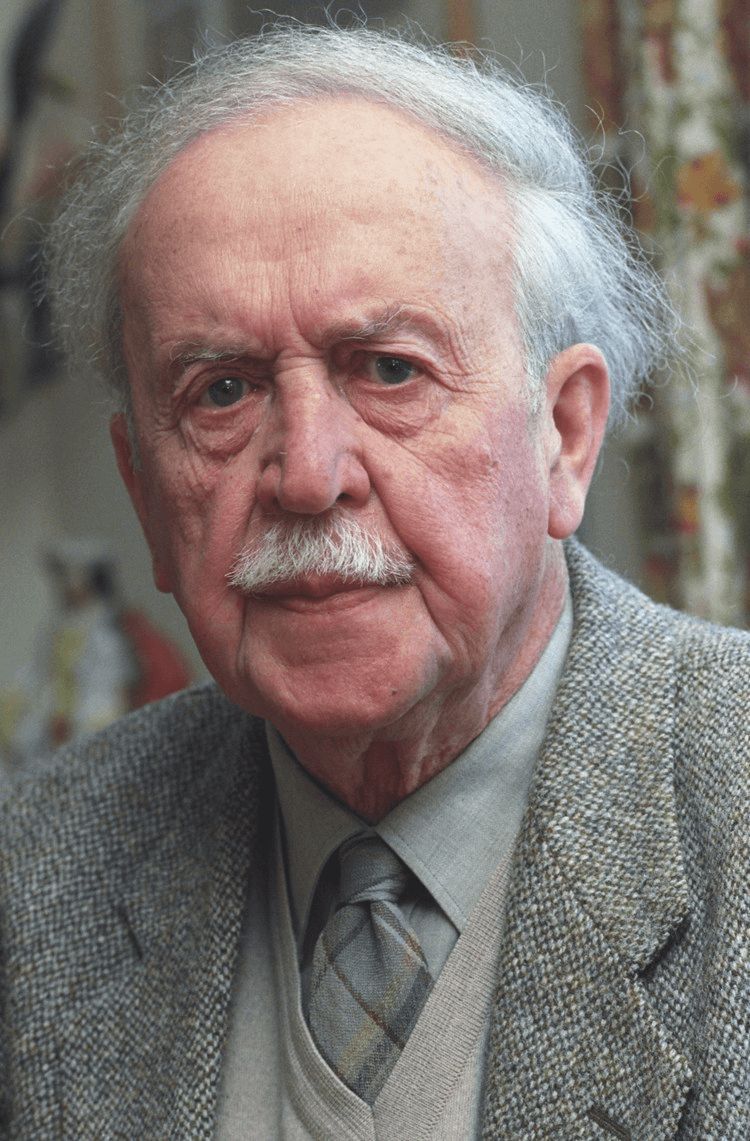 Sorley MacLean (Somhairle MacGill-Eain;Gaelic patronymic: Somhairle mac Chaluim 'ic Chaluim 'ic Iain 'ic Tharmaid 'ic Iain 'ic Tharmaid.}ˈs̪o.ərlə max.ˈkʲiʎɛhɛɲ} 26 October 1911 – 24 November 1996) was a Scottish Gaelic poet, described by the Scottish Poetry Library as "one of the major Scottish poets of the modern era" because of his "mastery of his chosen medium and his engagement with the European poetic tradition and European politics". Nobel Prize Laureate Seamus Heaney credited MacLean with saving Scottish Gaelic poetry.
He was raised in a strict Presbyterian family on the island of Raasay, immersed in Gaelic culture and literature from birth, but abandoned religion for socialism. In the late 1930s, he befriended many Scottish Renaissance figures, such as Hugh MacDiarmid and Douglas Young. He was wounded three times while serving with the British Army during the Second World War, but disdained the traditional Gaelic worship of heroism. After the war, he published very little poetry, due to his perfectionism. In his later years, he became head teacher at Plockton High School, where he advocated for the use of the Gaelic language in formal education.
In his poetry, MacLean juxtaposed traditional Gaelic elements with mainstream European icons and current events, frequently comparing the historic injustice of the Highland Clearances with contemporary events, especially the Spanish Civil War. His work was a unique fusion of traditional and modern elements that has been credited with restoring Gaelic tradition to its proper place and reinvigorating and modernizing the Gaelic language.
Although his most influential works, Dàin do Eimhir and An Cuilthionn, were published in 1943, he did not become well known outside the Gaelic-speaking world until the 1970s, when his works were published in English translation. His later poem Hallaig, published 1954, achieved "cult status" outside Gaelic-speaking circles for its supernatural representation of a village depopulated in the Highland Clearances and came to represent all Scottish Gaelic poetry in the English-speaking imagination.