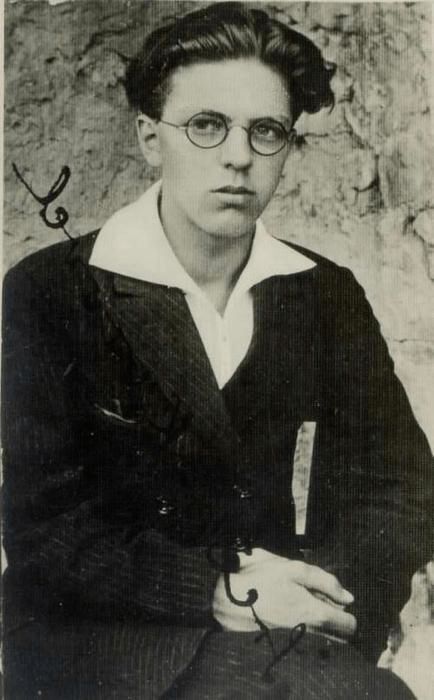 Srečko Kosovel (Srecko Kosovel.ogg pronunciation) (18 March 1904 – 26 May 1926) was a post–First World War Slovene poet, now considered one of central Europe's major modernist poets. He was labeled an impressionistic poet of his native Karst region, a political poet resisting forced Italianization of the Slovene areas annexed by Italy, an expressionist, a dadaist, a satirist, and as a voice of international socialism, using avant-garde constructivist forms. He is now considered a Slovenian poetic icon.
Most of Kosovel's works were published almost four decades after his early death at 22. In his homeland, Kosovel entered the 20th-century Slovene literary canon as a poet who produced an impressive body of work of more than 1000 drafts, among them 500 complete poems, with a quality regarded as unusually high for his age.