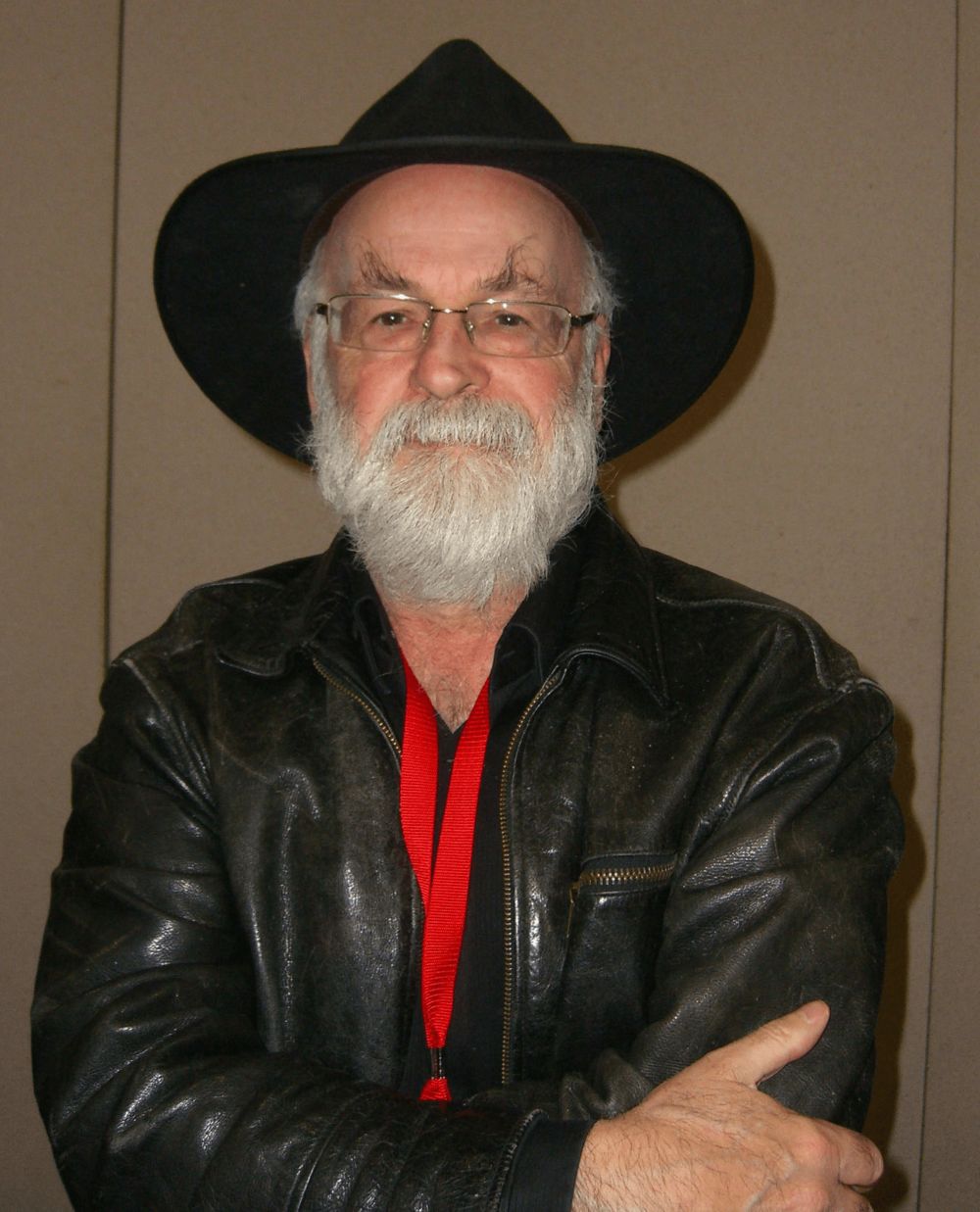 Sir Terence David John Pratchett (28 April 1948 – 12 March 2015) was an English author of fantasy novels, especially comical works. He is best known for his Discworld series of 41 novels.
Pratchett's first novel, The Carpet People, was published in 1971. The first Discworld novel, The Colour of Magic, was published in 1983, after which Pratchett wrote an average of two books a year. His 2011 Discworld novel Snuff became the third-fastest-selling hardback adult-readership novel since records began in the UK, selling 55,000 copies in the first three days. The final Discworld novel, The Shepherd's Crown, was published in August 2015, five months after his death.
Pratchett, with more than 85 million books sold worldwide in 37 languages, was the UK's best-selling author of the 1990s. He was appointed Officer of the Order of the British Empire (OBE) in 1998 and was knighted for services to literature in the 2009 New Year Honours. In 2001 he won the annual Carnegie Medal for The Amazing Maurice and his Educated Rodents, the first Discworld book marketed for children. He received the World Fantasy Award for Life Achievement in 2010.
In December 2007, Pratchett announced that he had been diagnosed with early-onset Alzheimer's disease. He later made a substantial public donation to the Alzheimer's Research Trust (now Alzheimer's Research UK), filmed a television programme chronicling his experiences with the disease for the BBC, and also became a patron for Alzheimer's Research UK. Pratchett died on 12 March 2015 aged 66.
{TOC level:3