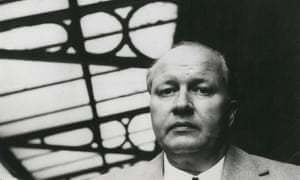 Roethke people with a similar surname Röthke} Theodore Huebner Roethke (ˈrɛtki RET kee; May 25, 1908 – August 1, 1963) was an American poet. Roethke is regarded as one of the most accomplished and influential poets of his generation.
Roethke's work is characterized by its introspection, rhythm and natural imagery. He was awarded the Pulitzer Prize for poetry in 1954 for his book The Waking, and he won the annual National Book Award for Poetry twice, in 1959 for Words for the Wind and posthumously in 1965 for The Far Field.
In the November 1968 edition of The Atlantic Monthly, former U.S. Poet Laureate and author James Dickey wrote Roethke was "in my opinion the greatest poet this country has yet produced."
Roethke was also a highly regarded poetry teacher. He taught at University of Washington for fifteen years. His students from that period won two Pulitzer Prizes for Poetry and two others were nominated for the award. "He was probably the best poetry-writing teacher ever," said poet Richard Hugo, who studied under Roethke and was twice nominated for a Pulitzer.