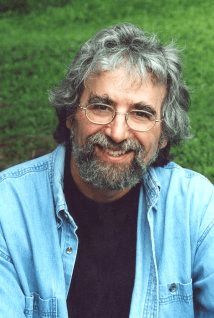 Thomas Ethan Wayman (born 13 August 1945) is a Canadian author.
Born in Hawkesbury, Ontario, Wayman has lived most of his life in British Columbia. He studied at the University of British Columbia (BA 1966), and the University of California, Irvine (MFA 1968), and has been employed at a number of blue-collar and white-collar jobs in Canada and the U.S., although mainly he taught at the postsecondary level. Much of his academic career was spent in the B.C. community college system. As well, he is a co-founder of two alternative B.C. post-secondary creative writing schools: the Vancouver centre of the Kootenay School of Writing (1984–87) and the writing department of Nelson, B.C.'s Kootenay School of the Arts (1991-2002). He holds Associate Professor Emeritus of English status from the University of Calgary, where he taught 2002-2010. In 2007 he was the Fulbright Visiting Chair in creative writing at Arizona State University, and has also taught at Colorado State University and Wayne State University. He has been writer-in-residence at the University of Windsor, University of Alberta, Simon Fraser University, University of Winnipeg and University of Toronto.
For decades, Wayman has had a particular interest in people writing about their own workplace experiences, including how their jobs affect their lives off work. Besides editing a number of anthologies of work poems, and publishing critical essays on the various dimensions of work-based literature, he was a co-founder of the Vancouver Industrial Writers' Union (1979-1993), a work-writing circle, and has participated in a number of labor arts ventures.
In 2015 Wayman was named by the Vancouver Public Library a Vancouver Literary Landmark, with a plaque on the city's Commercial Drive commemorating his contribution to Vancouver's literary heritage based on his championing of work writing in the 1970s and 1980s. He is a director of the Calgary Spoken Word Festival Society (board president 2003-2012), and of Nelson's Kootenay Literary Society (secretary since 2011), where he serves on the education committee and the Elephant Mountain Literary Festival organizing committee. He helped to found The Kootenay School of Writing.
Since 1989 Wayman has been the Squire of "Appledore," his estate in the Selkirk Mountains of southeastern B.C..