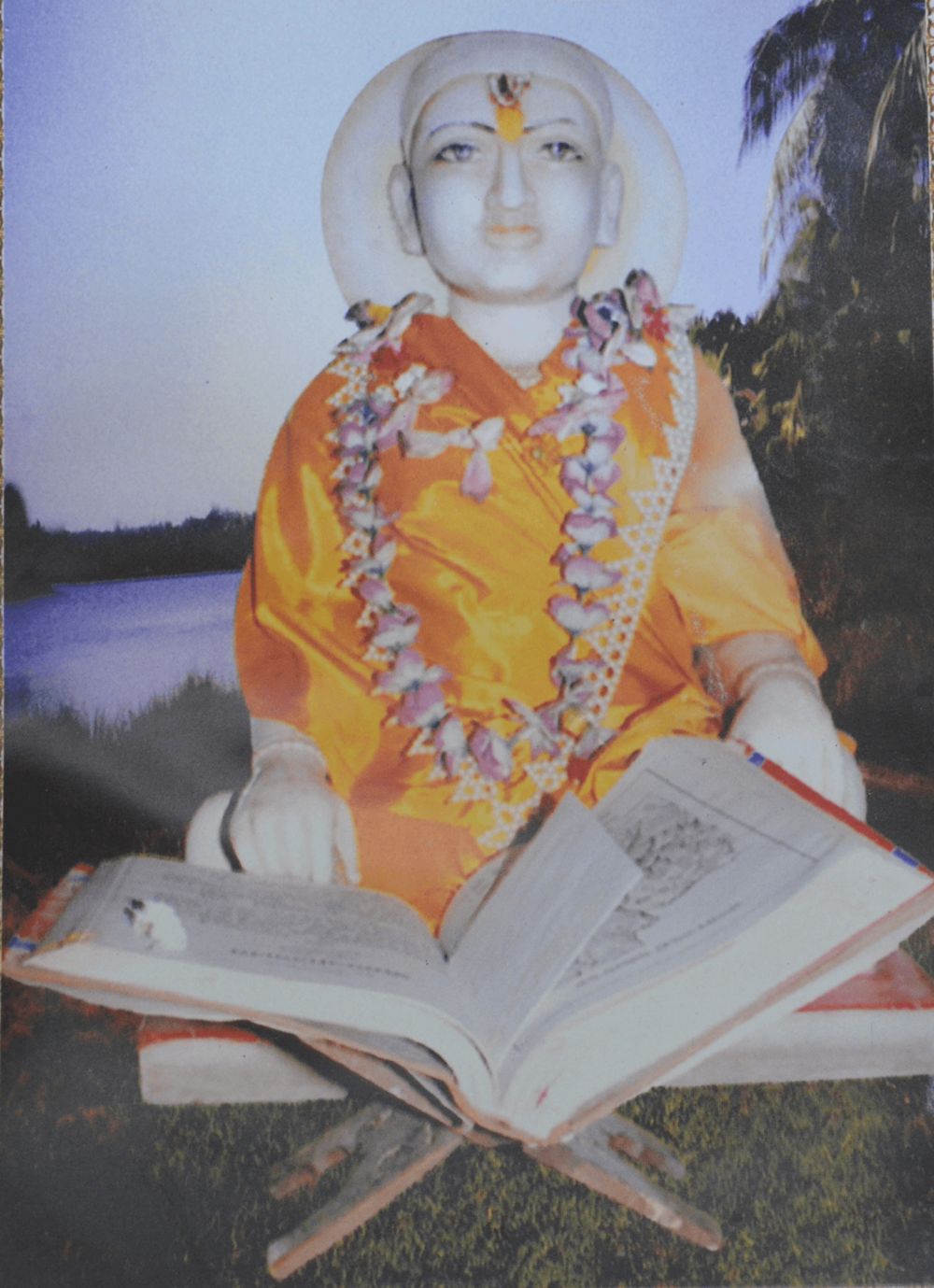 Tulsidas (Hindi: तुलसीदास; t̪ʊls̪iːd̪aːs̪, also known as Goswami Tulsidas (गोस्वामी तुलसीदास); 1532–1623) was a Hindu Vaishnava saint and poet, often called reformer and philosopher from Ramanandi Sampradaya, in the lineage of Jagadguru Ramanandacharya renowned for his devotion to the Lord Shri Rama. Tulsidas wrote several popular works in Sanskrit and Awadhi; he is best known as the author of the epic Ramcharitmanas, a retelling of the Sanskrit Ramayana based on Rama's life in the vernacular Awadhi dialect of Hindi. The Bhavishya Purana also predicts the incarnation of Shri Valmiki as Goswami Tulsidas in the Kaliyuga, in its verse and also explained in detail by H.G Shriman Chandra Govind Das of the Iskcon Temple.
Tulsidas was acclaimed in his lifetime to be a reincarnation of Valmiki, the composer of the original Ramayana in Sanskrit. He is also considered to be the composer of the Hanuman Chalisa, a popular devotional hymn dedicated to Hanuman ji,the divine devotee of lord Rama.
Tulsidas spent most of his life in the city of Varanasi. The Tulsi Ghat on the Ganges River in Varanasi is named after him. He founded the Sankatmochan Temple dedicated to Hanuman ji in Varanasi, believed to stand at the place where he had the sight of Hanuman ji. Tulsidas started the Ramlila plays, a folk-theatre adaption of the Ramayana.
He has been acclaimed as one of the greatest poets in Hindi, Indian, and world literature. The impact of Tulsidas and his works on the art, culture and society in India is widespread and is seen to date in vernacular language, Ramlila plays, Hindustani classical music, popular music, and television series.