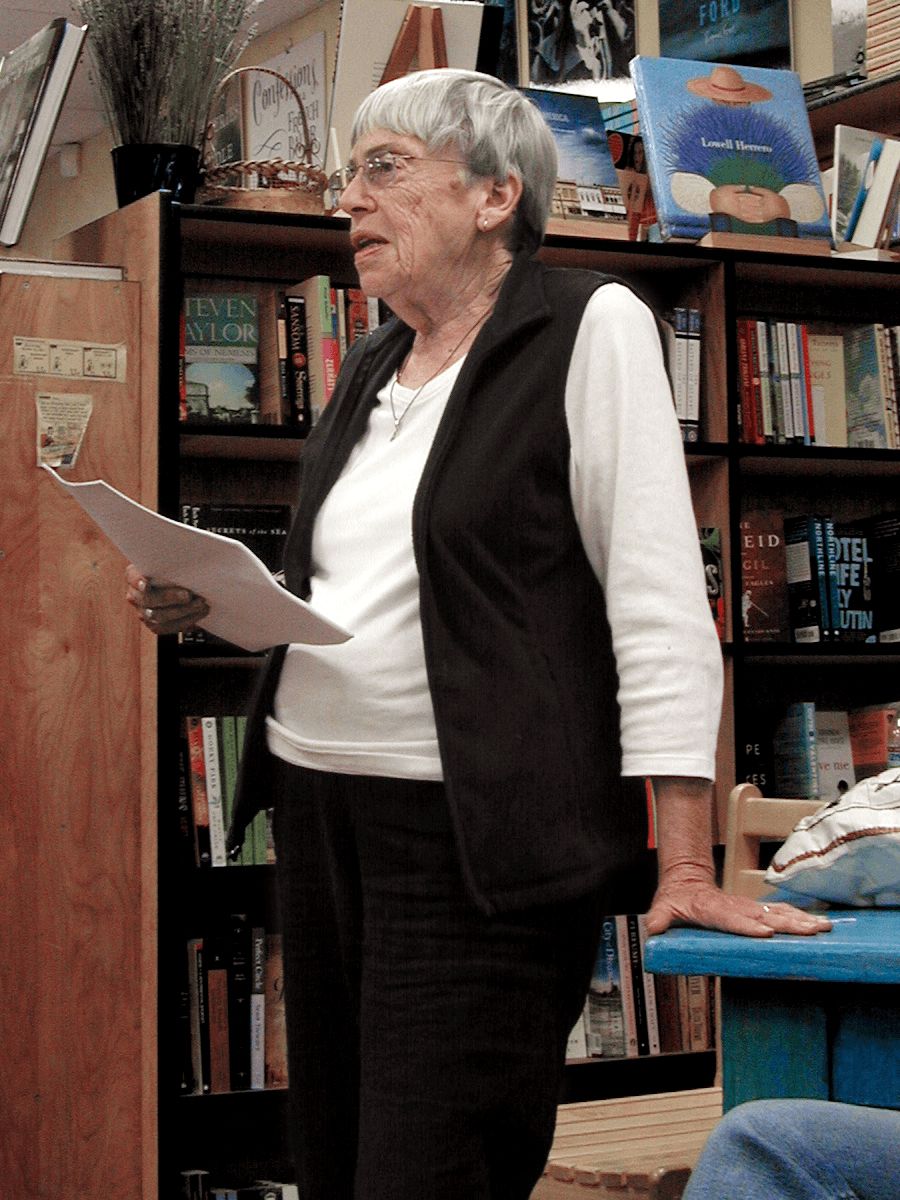 Ursula Kroeber Le Guin (ˈkroʊbər_lə_ˈɡwɪn; October 21, 1929 – January 22, 2018) was an American novelist. She worked mainly in the genres of fantasy and science fiction. She also authored children's books, short stories, poetry, and essays. Her writing was first published in the 1960s and often depicted futuristic or imaginary alternative worlds in politics, the natural environment, gender, religion, sexuality, and ethnography. In 2016, The New York Times described her as "America's greatest living science fiction writer", although she said that she would prefer to be known as an "American novelist".
She influenced Booker Prize winners and other writers, such as Salman Rushdie and David Mitchell, and science fiction and fantasy writers including Neil Gaiman and Iain Banks. She won the Hugo Award, Nebula Award, Locus Award, and World Fantasy Award, each more than once. In 2014, she was awarded the National Book Foundation Medal for Distinguished Contribution to American Letters. In 2003, she was made a Grandmaster of Science Fiction, one of a few women writers to take the top honor in the genre.