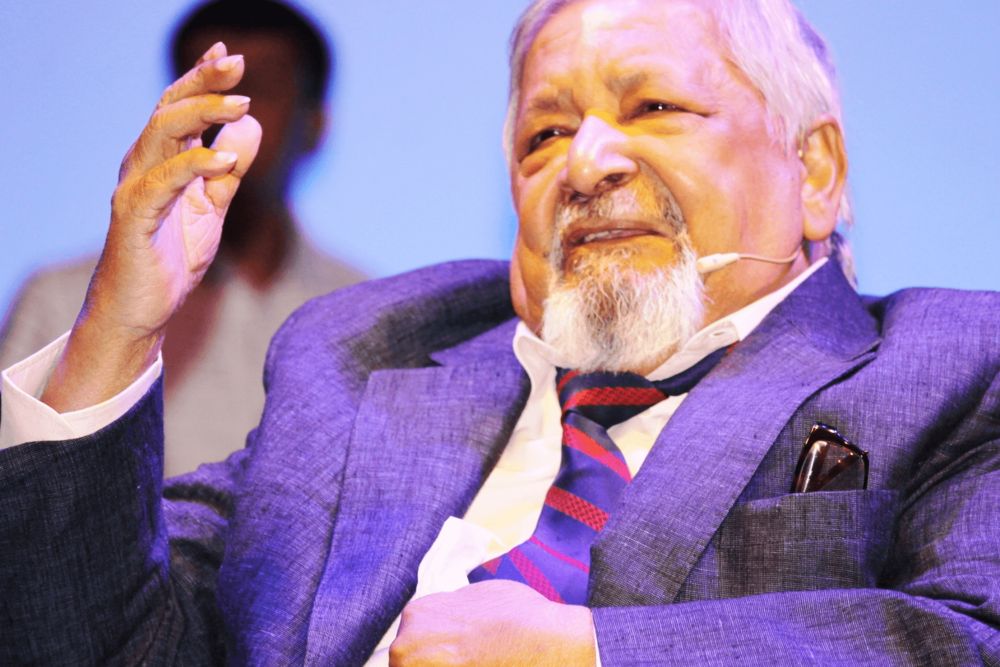 Sir Vidiadhar Surajprasad Naipaul TC (ˈvɪdjɑːdər_ˌsuːrədʒprəˈsɑːd_ˈnaɪpɔːl,_naɪˈpɔːl; 17 August 1932 – 11 August 2018), most commonly known as V. S. Naipaul, and informally, Vidia Naipaul, was a Trinidad-born British writer of works of fiction and nonfiction in English. He is known for his comic early novels set in Trinidad, his bleaker later novels of the wider world, and his vigilant chronicles of life and travels. He wrote in prose that was widely admired, but his views sometimes aroused controversy. He published more than thirty books over some fifty years.
Naipaul won the Booker Prize in 1971 for his novel In a Free State. In 1989, he was awarded the Trinity Cross, Trinidad and Tobago's highest national honour. He received a knighthood in Britain in 1990, and in 2001, the Nobel Prize in Literature.
In the late 19th century, Naipaul's grandparents had emigrated from British India to work in Trinidad's cocoa plantations as indentured servants. His breakthrough novel A House for Mr Biswas was published in 1961. On the fiftieth anniversary of its publication, he dedicated it to Patricia Anne Hale, to whom he was married from 1955 until her death in 1996, and who had served as first reader, editor, and critic of his writings.