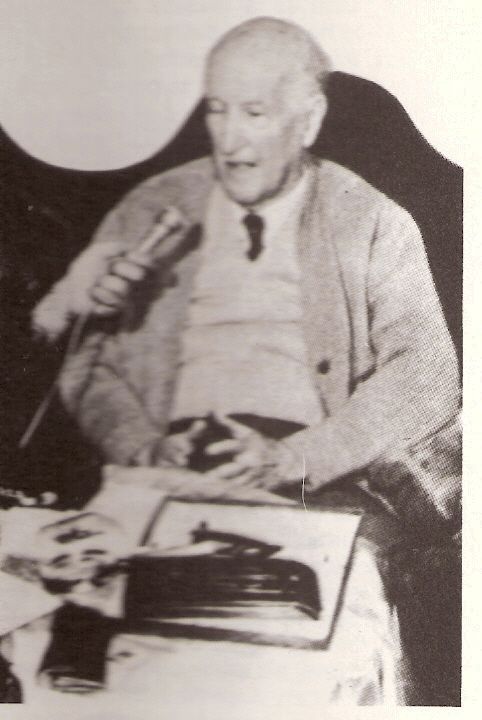 Vicente Pío Marcelino Cirilo Aleixandre y Merlo (26 April 1898 – 14 December 1984) was a Spanish poet who was born in Seville in 1898. Aleixandre received the Nobel Prize for Literature in 1977 "for a creative poetic writing which illuminates man's condition in the cosmos and in present-day society, at the same time representing the great renewal of the traditions of Spanish poetry between the wars". He was part of the Generation of '27.
Aleixandre's early poetry, which he wrote mostly in free verse, is highly surrealistic. It also praises the beauty of nature by using symbols that represent the earth and the sea. Many of Aleixandre's early poems are filled with sadness. They reflect his feeling that people have lost the passion and free spirit that he saw in nature. He was one of the greatest poets of Spanish literature alongside Cernuda and Lorca. The melancholia of his poetry was also the melancholy of failed or ephemeral love affairs.
Aleixandre's homosexuality was well known to his circle of friends, but he never admitted it publicly. He had a long-term love relationship with the poet Carlos Bousoño.
He died on 14 December 1984 in Madrid, aged 86.