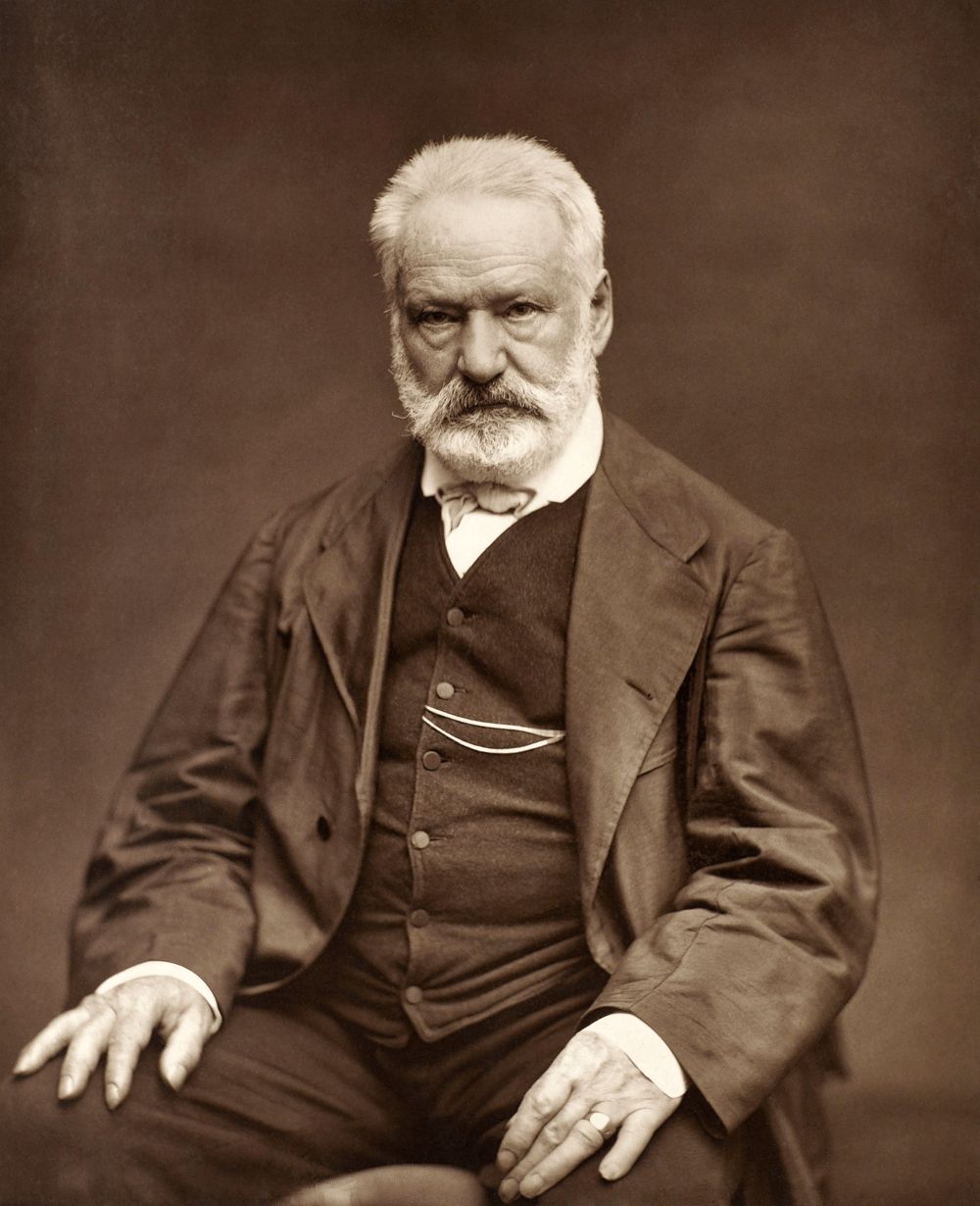 Victor Marie Hugo (ˈhjuːgoʊ; viktɔʁ maʁi yɡo; 26 February 1802 – 22 May 1885) was a French poet, novelist, and dramatist of the Romantic movement. Hugo is considered to be one of the greatest and best-known French writers. Outside of France, his most famous works are the novels Les Misérables, 1862, and The Hunchback of Notre-Dame (Notre-Dame de Paris), 1831. In France, Hugo is known primarily for his poetry collections, such as fr Les Contemplations} (The Contemplations) and fr La Légende des siècles} (The Legend of the Ages).
Hugo was at the forefront of the Romantic literary movement with his play Cromwell and drama Hernani. Many of his works have inspired music, both during his lifetime and after his death, including the musicals Notre-Dame de Paris and Les Misérables. He produced more than 4,000 drawings in his lifetime, and campaigned for social causes such as the abolition of capital punishment.
Though a committed royalist when he was young, Hugo's views changed as the decades passed, and he became a passionate supporter of republicanism; his work touches upon most of the political and social issues and the artistic trends of his time. He is buried in the Panthéon in Paris. His legacy has been honoured in many ways, including his portrait being placed on French currency.