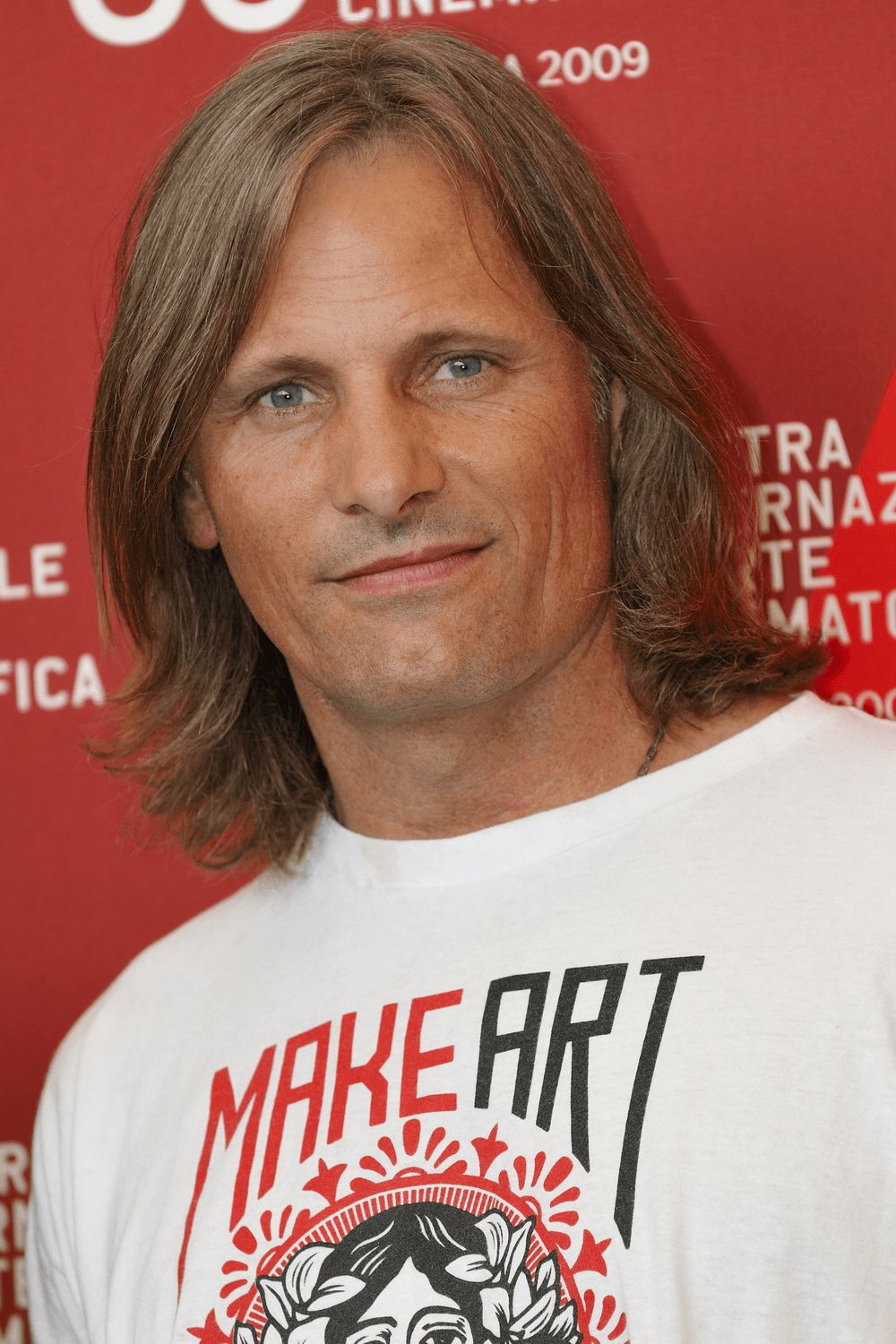 Viggo Peter Mortensen Jr. (ˈviːɡoʊ_ˈmɔːrtənsən; viːɡo ˈmɒːdn̩sn̩; born October 20, 1958) is a Danish-American actor, producer, author, musician, photographer, poet, and painter.
Mortensen made his film debut in Peter Weir's 1985 thriller Witness and appeared in many notable films of subsequent years, including The Indian Runner (1991), Carlito's Way (1993), Crimson Tide (1995), Daylight (1996), The Portrait of a Lady (1996), G.I. Jane (1997), A Perfect Murder (1998), A Walk on the Moon (1999), and 28 Days (2000).
Mortensen received international attention in the early 2000s with his role as Aragorn in the epic film trilogy The Lord of the Rings. In 2005, Mortensen won critical acclaim for David Cronenberg's crime thriller A History of Violence. Two years later, another Cronenberg film, Eastern Promises (2007), earned him further critical acclaim and a nomination for the Academy Award for Best Actor. A third teaming with Cronenberg in A Dangerous Method (2011) resulted in a nomination for the Golden Globe Award for Best Supporting Actor - Motion Picture. Other well-received films have included Appaloosa (2008) and Far from Men (2014). He received a second Best Actor nomination in 2017 at the 89th Academy Awards for his role in Captain Fantastic.
Aside from acting, Mortensen's other artistic pursuits include fine arts, photography, poetry, and music. In 2002, he founded the Perceval Press to publish the works of little-known artists and authors.