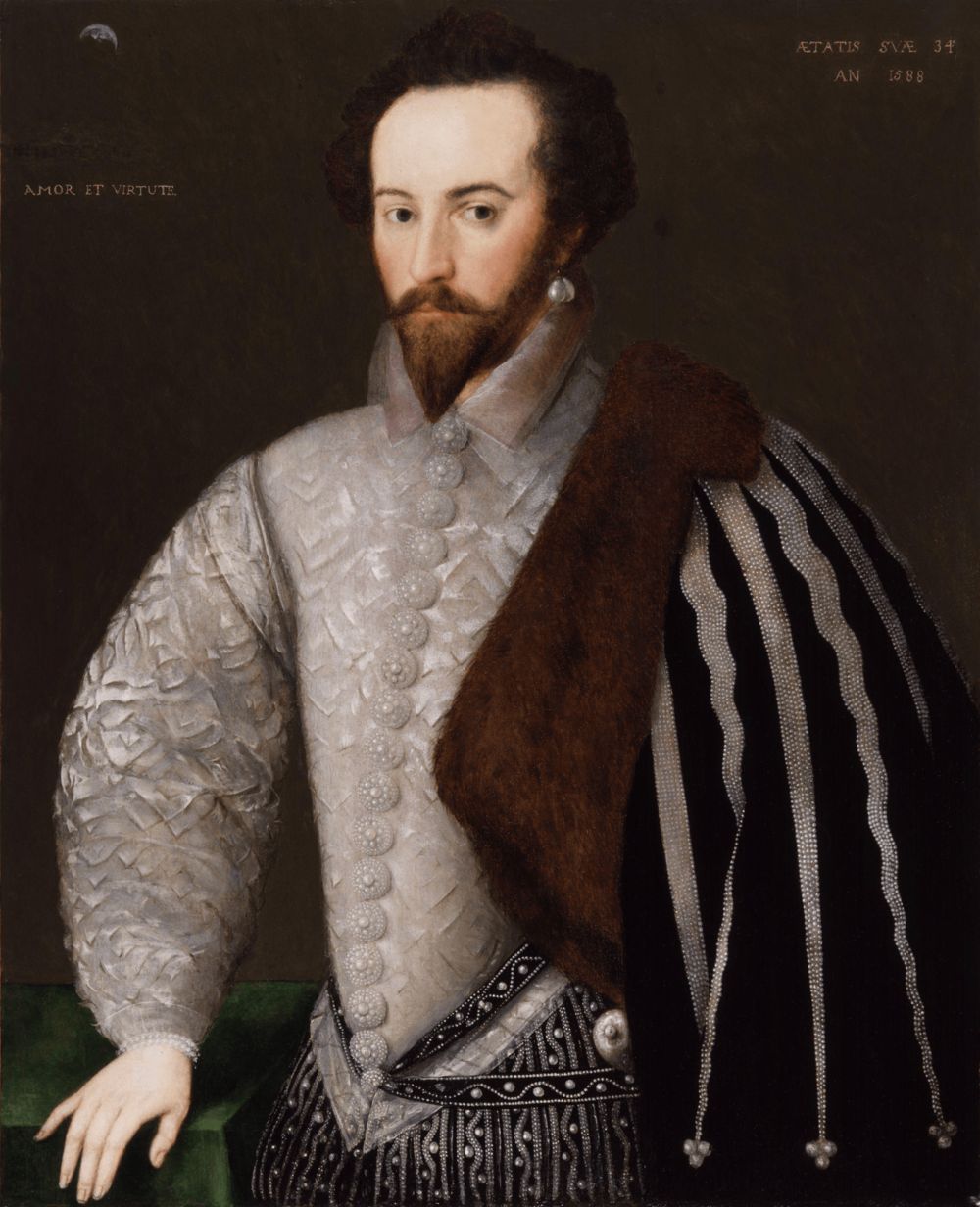 Sir Walter Raleigh (ˈrɔːli, ˈræli, or ˈrɑːli; circa 1554 – 29 October 1618) was an English landed gentleman, writer, poet, soldier, politician, courtier, spy and explorer. He was cousin to Sir Richard Grenville and younger half-brother of Sir Humphrey Gilbert. He is also well known for popularising tobacco in England.
Raleigh was born to a Protestant family in Devon, the son of Walter Raleigh and Catherine Champernowne. Little is known of his early life, though he spent some time in Ireland, in Killua Castle, Clonmellon, County Westmeath, taking part in the suppression of rebellions and participating in the Siege of Smerwick. Later, he became a landlord of property confiscated from the native Irish. He rose rapidly in the favour of Queen Elizabeth I and was knighted in 1585. Raleigh was instrumental in the English colonisation of North America and was granted a royal patent to explore Virginia, paving the way for future English settlements. In 1591, he secretly married Elizabeth Throckmorton, one of the Queen's ladies-in-waiting, without the Queen's permission, for which he and his wife were sent to the Tower of London. After his release, they retired to his estate at Sherborne, Dorset.
In 1594, Raleigh heard of a "City of Gold" in South America and sailed to find it, publishing an exaggerated account of his experiences in a book that contributed to the legend of "El Dorado". After Queen Elizabeth died in 1603, Raleigh was again imprisoned in the Tower, this time for being involved in the Main Plot against King James I, who was not favourably disposed towards him. In 1616, he was released to lead a second expedition in search of El Dorado. During the expedition, men led by his top commander ransacked a Spanish outpost, in violation of both the terms of his pardon and the 1604 peace treaty with Spain. Raleigh returned to England and, to appease the Spanish, he was arrested and executed in 1618.
Raleigh was one of the most notable figures of the Elizabethan era. In 2002, he was featured in the BBC poll of the 100 Greatest Britons.