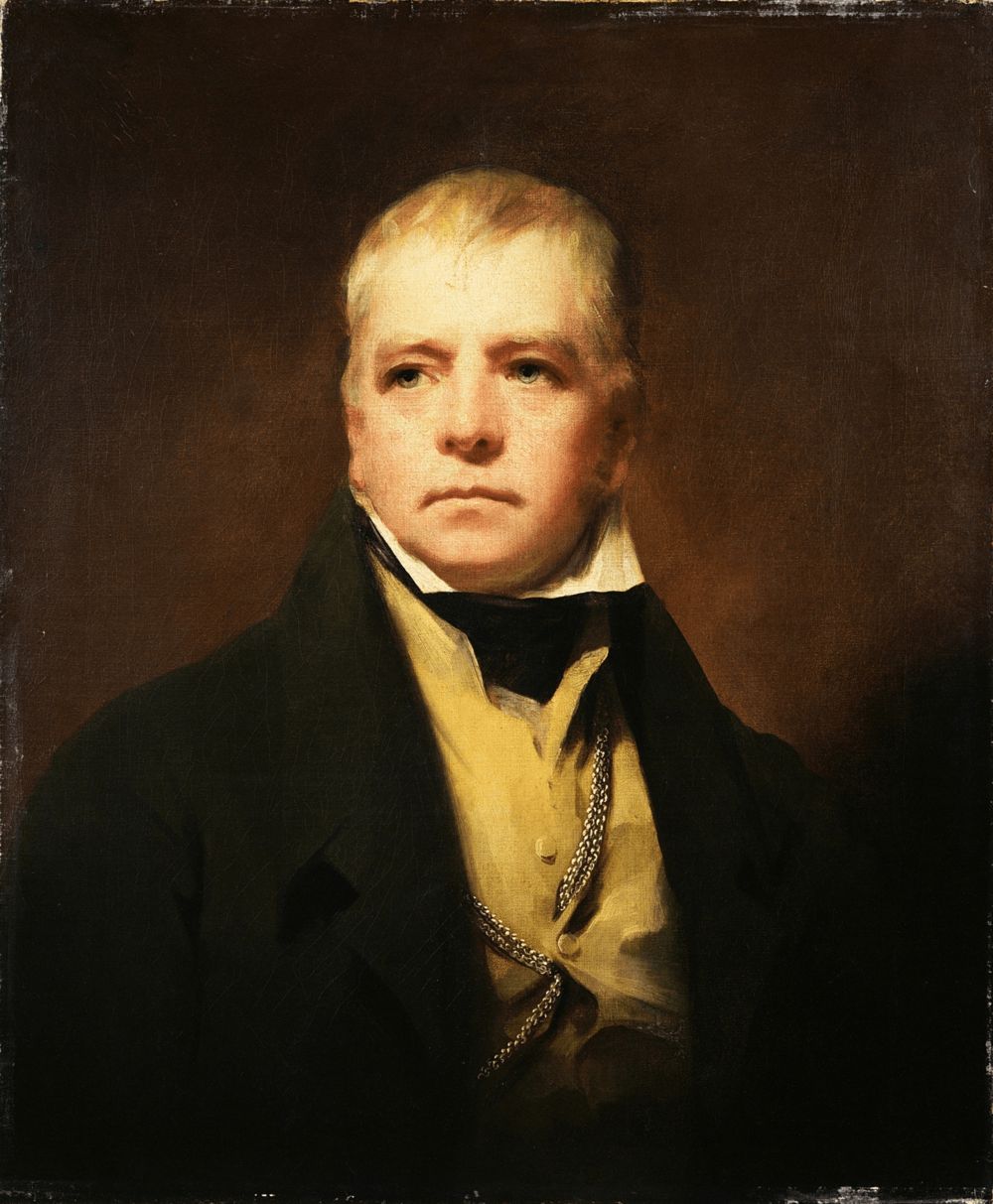 Sir Walter Scott, 1st Baronet (15 August 1771 – 21 September 1832) was a Scottish historical novelist, poet, playwright and historian. Many of his works remain classics of both English-language literature and of Scottish literature. Famous titles include Ivanhoe, Rob Roy, Old Mortality, The Lady of the Lake, Waverley, The Heart of Midlothian and The Bride of Lammermoor.
Although primarily remembered for his extensive literary works and his political engagement, Scott was an advocate, judge and legal administrator by profession, and throughout his career combined his writing and editing work with his daily occupation as Clerk of Session and Sheriff-Depute of Selkirkshire.
A prominent member of the Tory establishment in Edinburgh, Scott was an active member of the Highland Society and served a long term as President of the Royal Society of Edinburgh (1820–32).
Scott gathered the disparate strands of contemporary novel-writing techniques into his own hands and harnessed them to his deep interest in Scottish history and his knowledge of antiquarian lore. The technique of the omniscient narrator and the use of regional speech, localized settings, sophisticated character delineation, and romantic themes treated in a realistic manner were all combined by him into virtually a new literary form, the historical novel. His influence on other European and American novelists was immediate and profound, and though interest in some of his books declined somewhat in the 20th century, his reputation remains secure.