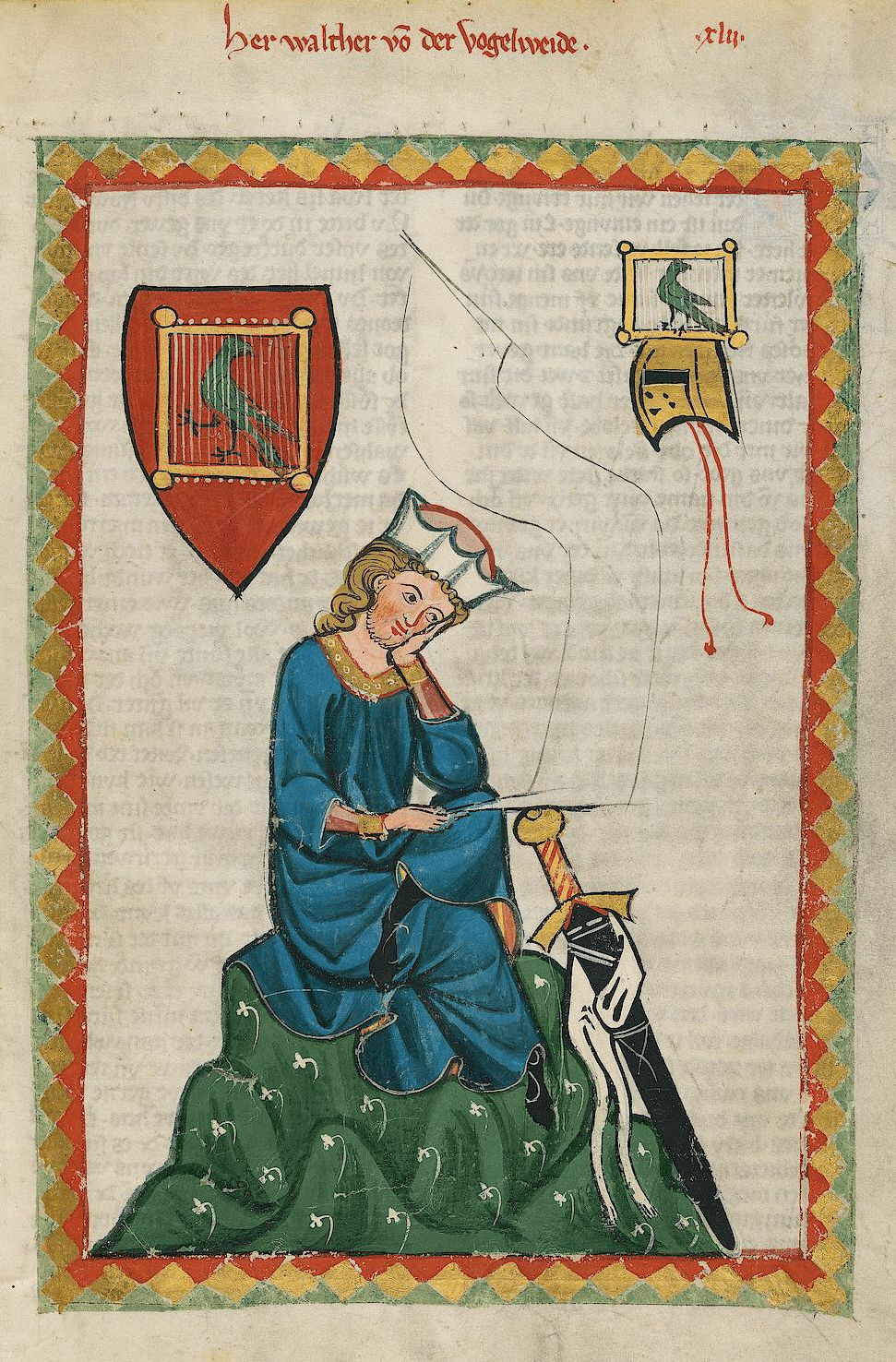 Walther von der Vogelweide (c. 1170 – c. 1230) was a Minnesänger, who composed and performed love-songs and political songs ("Sprüche") in Middle High German. Walther has been described as greatest German lyrical poet before Goethe;Brunner 2012 his hundred or so love-songs are widely regarded as the pinnacle of Minnesang, the medieval German love lyric, and his innovations breathed new life into the tradition of courtly love. He is also the first political poet writing in German, with a considerable body of encomium, satire, invective, and moralising.
Little is known about his life, but he was a travelling singer who performed for patrons at various princely courts in Germany. He is particularly associated with the Babenberg court in Vienna. Later in life he was given a small fief by the future Holy Roman Emperor, Frederick II.
His work was widely celebrated in his time and in succeeding generations — for the Meistersingers he was a songwriter to emulate — and this is reflected in the exceptional preservation of his work in 32 manuscripts from all parts of the High German area. The largest single collection is found in the Codex Manesse, which includes around 90% of his known songs. However, most Minnesang manuscripts preserve only the texts, and only a handful of Walther's melodies survive.
Notable songs include the love-song "Under der linden", his contemplative "Elegy", and the religious Palästinalied, for which the melody has survived.