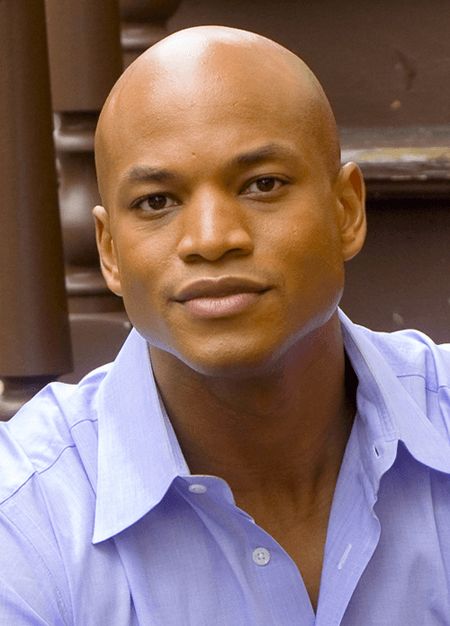 Westley "Wes" Watende Omari Moore (born October 15, 1978) is an American author, social entrepreneur, television producer, political analyst, and decorated US Army officer. He is the author of The Other Wes Moore and The Work, both of which are New York Times Bestsellers. He was also the host for Beyond Belief on the Oprah Winfrey Network, as well as the executive producer and a writer for Coming Back with Wes Moore on PBS.
Moore is the Founder and CEO of BridgeEdU. BridgeEdU is a social enterprise dedicated to reinventing the Freshman Year and creating a softer on-ramp to higher education for students entering their freshman year of college.
In April 2017, it was announced Moore would be appointed CEO of the Robin Hood Foundation, a poverty fighting organization funding schools, food pantries and shelters in New York City. Beginning the position in June 2017, he is the organization's first chief executive officer.