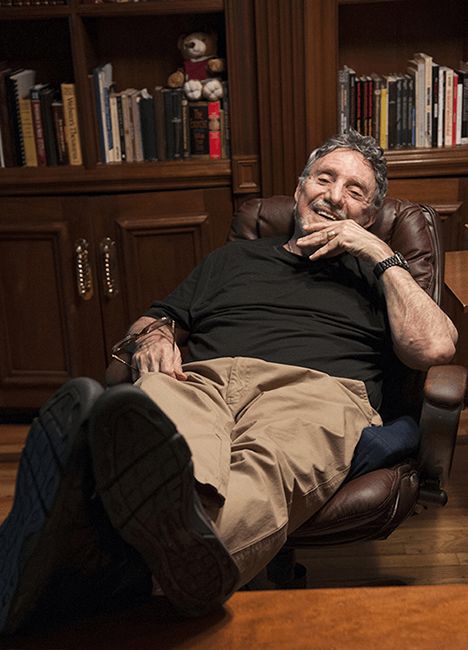 William Peter Blatty (January 7, 1928 – January 12, 2017) was an American writer and filmmaker best known for his 1971 novel The Exorcist and for the Academy Award-winning screenplay of its film adaptation. He also wrote and directed the sequel The Exorcist III. After the success of The Exorcist, Blatty reworked Twinkle, Twinkle, "Killer" Kane! (1960) into a new novel titled The Ninth Configuration, published in 1978. Two years later, Blatty adapted the novel into a film of the same title and won Best Screenplay at the 1981 Golden Globe Awards. Some of his other notable works are the novels Elsewhere (2009), Dimiter (2010) and Crazy (2010).
Born and raised in New York City, Blatty received his bachelor's degree in English from Georgetown University in 1950, and his master's degree in English literature from the George Washington University. Following completion of his master's degree in 1954, he joined the United States Air Force, where he worked in the Psychological Warfare Division. After service in the air force, he worked for the United States Information Agency in Beirut.