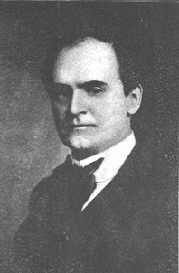 William Walker Atkinson (December 5, 1862 – November 22, 1932) was an attorney, merchant, publisher, and author, as well as an occultist and an American pioneer of the New Thought movement. He is also thought to be the author of the pseudonymous works attributed to Theron Q. Dumont and Yogi Ramacharaka.
He wrote an estimated 100 books, all in the last 30 years of his life. He was mentioned in past editions of Who's Who in America, in Religious Leaders of America, and in several similar publications. His works have remained in print more or less continuously since 1900.

Re the superscript question "By whom?":
Demetres P. Tryphonopoulos, The Celestial Tradition: A Study of Ezra Pound's The Cantos (Waterloo, Ontario, 1992),p.94, n.10, identifies one source as Gareth Knight, A History of White Magic (London, 1978), p.168: "W.W.Atkinson...wrote a series of books on popularised forms of yoga under the pseudonym of Yogi Ramacharaka."