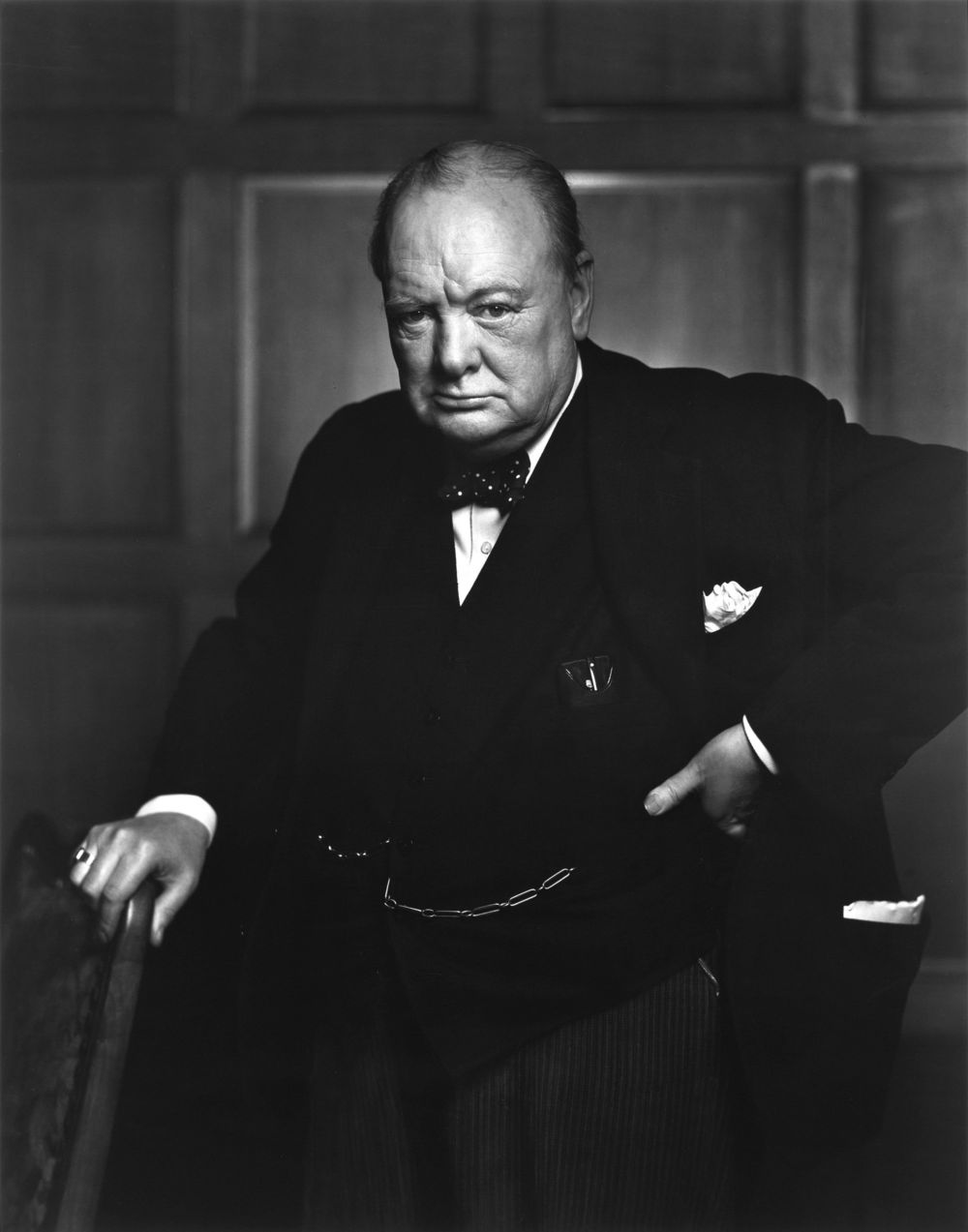 Sir Winston Leonard Spencer-Churchill (30 November 187424 January 1965) was a British politician, army officer, and writer, who was Prime Minister of the United Kingdom from 1940 to 1945 and again from 1951 to 1955. As Prime Minister, Churchill led Britain to victory in the Second World War. Churchill represented five constituencies during his career as Member of Parliament (MP). Ideologically an economic liberal and British imperialist, he began and ended his parliamentary career as a member of the Conservative Party, which he led from 1940 to 1955, but for twenty years from 1904 he was a prominent member of the Liberal Party.
Born in Oxfordshire to an aristocratic family, Churchill was a son of Lord Randolph Churchill and Jennie Jerome. Joining the British Army, he saw action in British India, the Anglo–Sudan War, and the Second Boer War, gaining fame as a war correspondent and writing books about his campaigns. Elected an MP in 1900, initially as a Conservative, he defected to the Liberals in 1904. In H. H. Asquith's Liberal government, Churchill served as President of the Board of Trade, Home Secretary, and First Lord of the Admiralty, championing prison reform and workers' social security. During the First World War, he oversaw the Gallipoli Campaign; after it proved a disaster, he resigned from government and served in the Royal Scots Fusiliers on the Western Front. In 1917 he returned to government under David Lloyd George as Minister of Munitions, and was subsequently Secretary of State for War, Secretary of State for Air, then Secretary of State for the Colonies. After two years out of Parliament, he served as Chancellor of the Exchequer in Stanley Baldwin's Conservative government, returning the pound sterling in 1925 to the gold standard at its pre-war parity, a move widely seen as creating deflationary pressure on the UK economy.
Out of office during the 1930s, Churchill took the lead in calling for British rearmament to counter the growing threat from Nazi Germany. At the outbreak of the Second World War, he was re-appointed First Lord of the Admiralty. Following Prime Minister Neville Chamberlain's resignation in 1940, Churchill replaced him. Churchill oversaw British involvement in the Allied war effort, resulting in victory in 1945. His wartime leadership has been widely praised, however several of his decisions have proved controversial. After the Conservatives' defeat in the 1945 general election, he became Leader of the Opposition. Amid the developing Cold War with the Soviet Union, he publicly warned of an "iron curtain" of Soviet influence in Europe and promoted European unity. He was elected prime minister in the 1951 election. His second term was preoccupied with foreign affairs, including the Malayan Emergency, Mau Mau Uprising, Korean War and a UK-backed Iranian coup. Domestically his government emphasised house-building and developed an atomic bomb. In declining health, Churchill resigned as prime minister in 1955, although he remained an MP until 1964. Upon his death in 1965, he was given a state funeral.
Widely considered one of the 20th century's most significant figures, Churchill remains popular in the UK and Western world, where he is seen as a victorious wartime leader who played an important role in defending liberal democracy from the spread of fascism. Also praised as a social reformer and writer, among his many awards was the Nobel Prize in Literature. Conversely, his imperialist views—coupled with his sanctioning of human rights abuses in the suppression of anti-imperialist movements seeking independence from the British Empire—have generated considerable controversy.