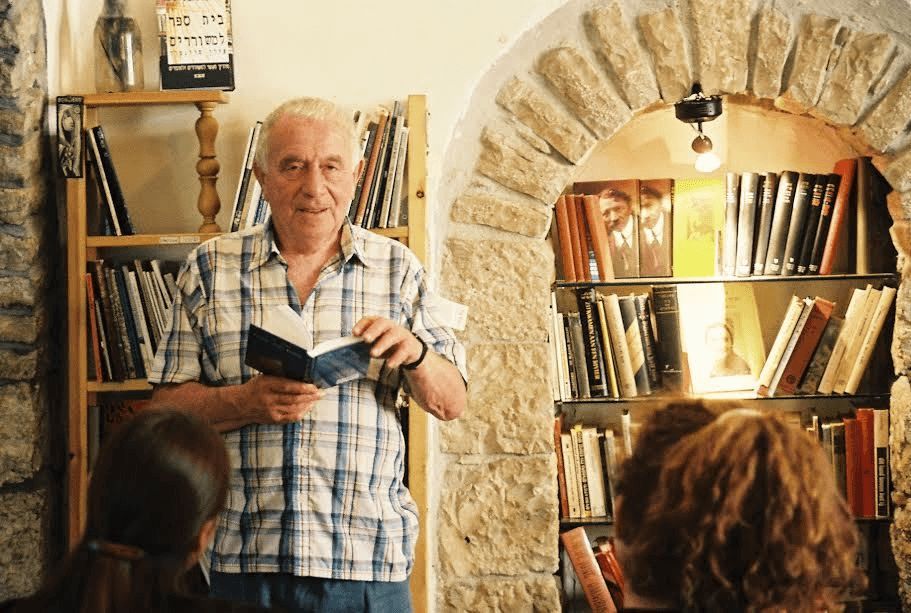 Yehuda Amichai (יהודה עמיחי;born Ludwig Pfeuffer 3 May 1924 – 22 September 2000) was an Israeli poet. Amichai is considered by many, both in Israel and internationally, as Israel's greatest modern poet. He was also one of the first to write in colloquial Hebrew.
Yehuda Amichai [was] for generations the most prominent poet in Israel, and one of the leading figures in world poetry since the mid-1960s.(The Times, London, Oct. 2000)
} He was awarded the 1957 Shlonsky Prize, the 1969 Brenner Prize, 1976 Bialik Prize, and 1982 Israel Prize. He also won international poetry prizes: 1994 – Malraux Prize: International Book Fair (France), 1995 – Macedonia`s Golden Wreath Award: International Poetry Festival, and more.