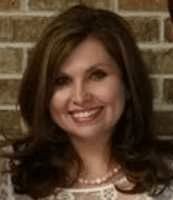 Alicia Ann, Lady John Scott, (née Alicia Ann Spottiswoode) (24 June 1810 – 12 March 1900) was a Scottish songwriter and composer known chiefly for the tune, "Annie Laurie", to which the words of a 17th-century poet, William Douglas, were set.
She was the oldest daughter of John Spottiswoode of Berwickshire and his wife Helen Wauchope of Niddrie-Mains. On 16 March 1836 she married Lord John Douglas Scott, a younger son of the 4th Duke of Buccleuch, and consequently is alternatively known by her courtesy title of Lady John Scott. Lord John Scott died in 1860.
Lady Scott was a champion of traditional Scots language, history and culture, her motto being 'Haud [hold] fast by the past'. "Annie Laurie" was published in 1838. Scott was born and died at Spottiswoode, Scottish Borders, in the former Berwickshire.