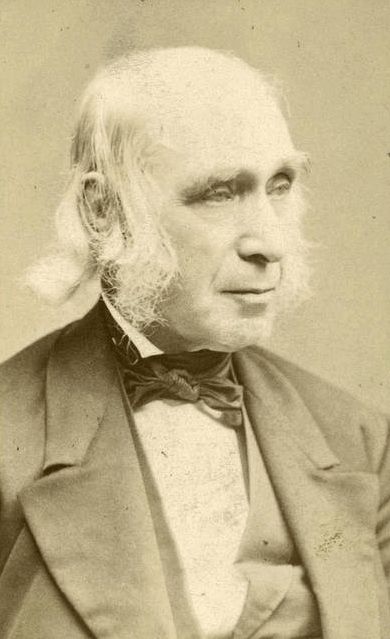 Amos Bronson Alcott (ˈɔːlkət,_-kɪt; November 29, 1799March 4, 1888) was an American teacher, writer, philosopher, and reformer. As an educator, Alcott pioneered new ways of interacting with young students, focusing on a conversational style, and avoided traditional punishment. He hoped to perfect the human spirit and, to that end, advocated a vegan diet before the term was coined. He was also an abolitionist and an advocate for women's rights.
Born in Wolcott, Connecticut in 1799, Alcott had only minimal formal schooling before attempting a career as a traveling salesman. Worried about how the itinerant life might have a negative impact on his soul, he turned to teaching. His innovative methods, however, were controversial, and he rarely stayed in one place very long. His most well-known teaching position was at the Temple School in Boston. His experience there was turned into two books: Records of a School and Conversations with Children on the Gospels. Alcott became friends with Ralph Waldo Emerson and became a major figure in transcendentalism. His writings on behalf of that movement, however, are heavily criticized for being incoherent. Based on his ideas for human perfection, Alcott founded Fruitlands, a transcendentalist experiment in community living. The project was short-lived and failed after seven months. Alcott continued to struggle financially for most of his life. Nevertheless, he continued focusing on educational projects and opened a new school at the end of his life in 1879. He died in 1888.
Alcott married Abby May in 1830 and they eventually had four surviving children, all daughters. Their second was Louisa May, who fictionalized her experience with the family in her novel Little Women in 1868.