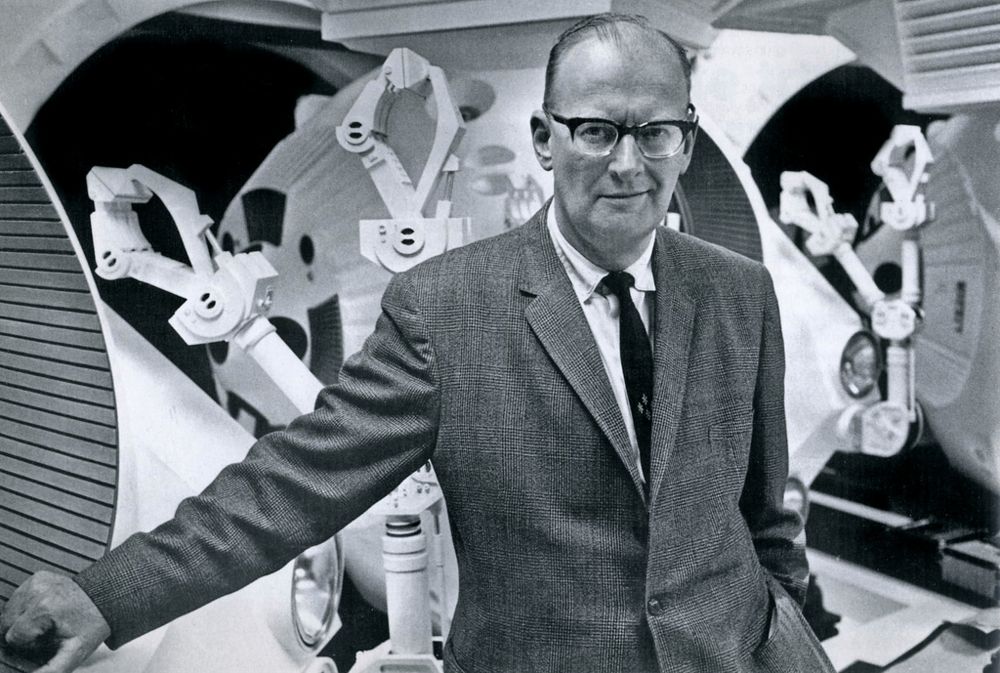 Sir Arthur Charles Clarke CBE FRAS (16 December 1917 – 19 March 2008) was a British science fiction writer, science writer and futurist, inventor, undersea explorer, and television series host.
He is famous for being co-writer of the screenplay for the 1968 film 2001: A Space Odyssey, widely considered to be one of the most influential films of all time. Clarke was a science writer, who was both an avid populariser of space travel and a futurist of uncanny ability. On these subjects he wrote over a dozen books and many essays, which appeared in various popular magazines. In 1961 he was awarded the Kalinga Prize, an award which is given by UNESCO for popularising science. These along with his science fiction writings eventually earned him the moniker "Prophet of the Space Age". His other science fiction writings earned him a number of Hugo and Nebula awards, which along with a large readership made him one of the towering figures of science fiction. For many years Clarke, Robert Heinlein and Isaac Asimov were known as the "Big Three" of science fiction.
Clarke was a lifelong proponent of space travel. In 1934, while still a teenager, he joined the British Interplanetary Society. In 1945, he proposed a satellite communication system. He was the chairman of the British Interplanetary Society from 1946–47 and again in 1951–53.
Clarke emigrated from England to Sri Lanka (formerly Ceylon) in 1956, largely to pursue his interest in scuba diving. That year he discovered the underwater ruins of the ancient Koneswaram temple in Trincomalee. Clarke augmented his fame later on in the 1980s, from being the host of several television shows such as Arthur C. Clarke's Mysterious World. He lived in Sri Lanka until his death. He was knighted in 1998 and was awarded Sri Lanka's highest civil honour, Sri Lankabhimanya, in 2005.