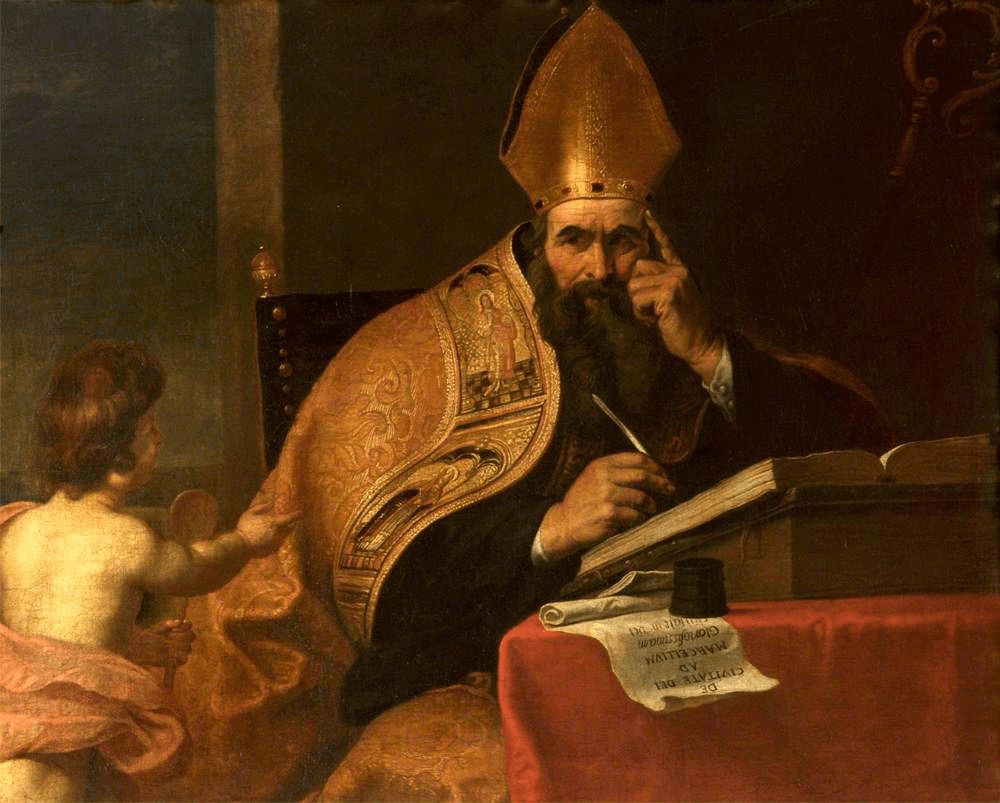 3 Augustine Saint Augustine Augustinus Saint Augustine of Hippo (ɔːˈɡʌstᵻn; 13 November 354 – 28 August 430) was a Roman African, early Christian theologian and philosopher from Numidia whose writings influenced the development of Western Christianity and Western philosophy. He was the bishop of Hippo Regius in north Africa and is viewed as one of the most important Church Fathers in Western Christianity for his writings in the Patristic Period. Among his most important works are The City of God, On Christian Doctrine and Confessions.
According to his contemporary Jerome, Augustine "established anew the ancient Faith". In his youth he was drawn to Manichaeism and later to neo-Platonism. After his baptism and conversion to Christianity in 386, Augustine developed his own approach to philosophy and theology, accommodating a variety of methods and perspectives. Believing that the grace of Christ was indispensable to human freedom, he helped formulate the doctrine of original sin and made seminal contributions to the development of just war theory. When the Western Roman Empire began to disintegrate, Augustine imagined the Church as a spiritual City of God, distinct from the material Earthly City. His thoughts profoundly influenced the medieval worldview. The segment of the Church that adhered to the concept of the Trinity as defined by the Council of Nicaea and the Council of Constantinople closely identified with Augustine's On the Trinity.
Augustine is recognized as a saint in the Catholic Church, the Eastern Christian Church, and the Anglican Communion and as a preeminent Doctor of the Church. He is also the patron of the Augustinians. His memorial is celebrated on 28 August, the day of his death. Augustine is the patron saint of brewers, printers, theologians, the alleviation of sore eyes, and a number of cities and dioceses. Many Protestants, especially Calvinists and Lutherans, consider him to be one of the theological fathers of the Protestant Reformation due to his teachings on salvation and divine grace. Protestant Reformers generally, and Martin Luther in particular, held Augustine in preeminence among early Church Fathers. Luther himself was, from 1505 to 1521, a member of the Order of the Augustinian Eremites.
In the East, his teachings are more disputed, and were notably attacked by John Romanides. But other theologians and figures of the Eastern Orthodox Church have shown significant appropriation of his writings, chiefly Georges Florovsky. The most controversial doctrine associated with him, the filioque, was rejected by the Orthodox Church.Siecienski 2010 Other disputed teachings include his views on original sin, the doctrine of grace, and predestination. Nevertheless, though considered to be mistaken on some points, he is still considered a saint, and has even had influence on some Eastern Church Fathers, most notably Saint Gregory Palamas. In the Orthodox Church his feast day is celebrated on 15 June. Historian Diarmaid MacCulloch has written: "[Augustine's] impact on Western Christian thought can hardly be overstated; only his beloved example Paul of Tarsus, has been more influential, and Westerners have generally seen Paul through Augustine's eyes."