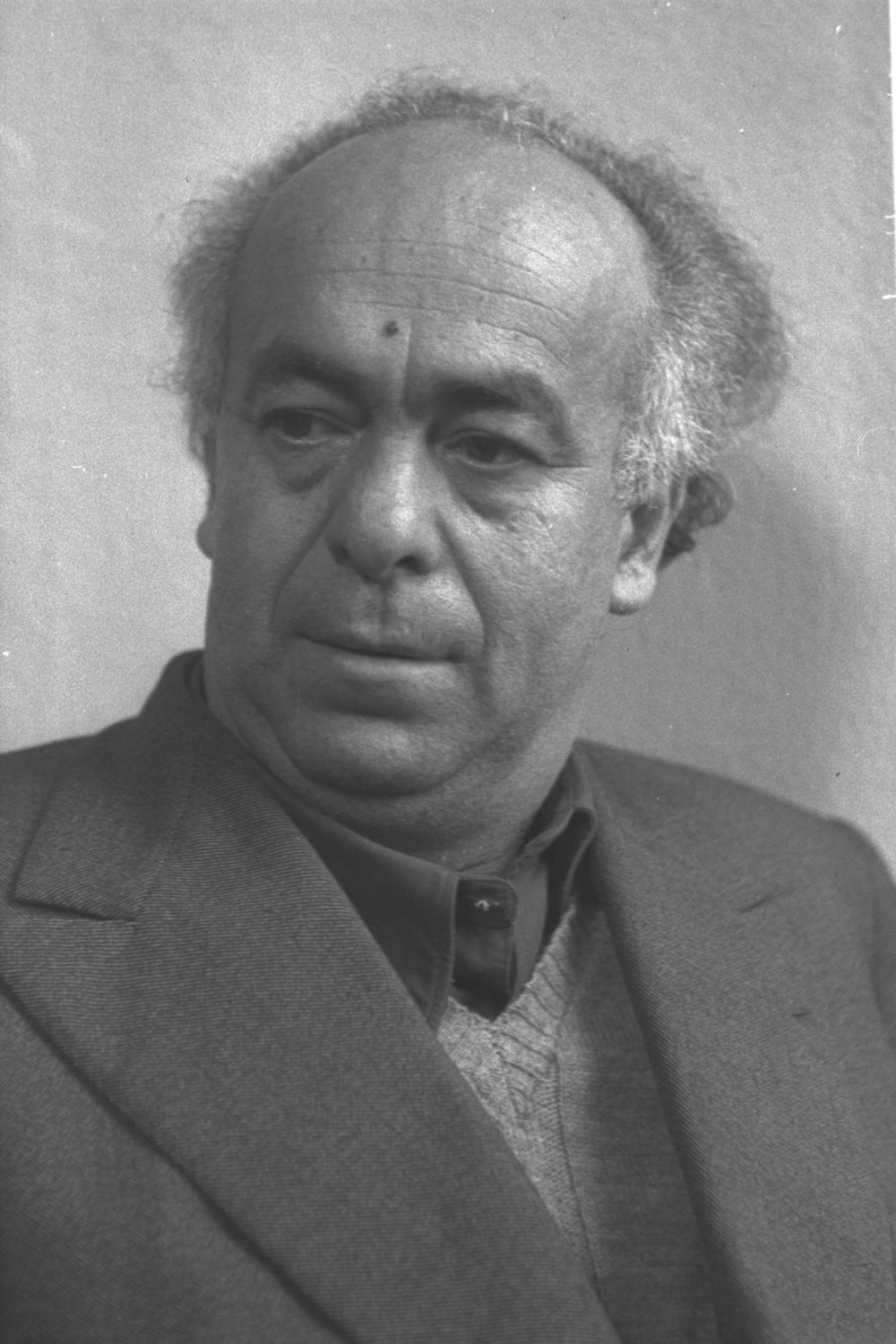 Avraham Shlonsky (March 6, 1900 – May 18, 1973; אברהם שלונסקי; Авраам Шлёнский) was a significant and dynamic Israeli poet and editor born in the Russian Empire.
He was influential in the development of modern Hebrew and its literature in Israel through his many acclaimed translations of literary classics, particularly from Russian, as well as his own original Hebrew children's classics. Known for his humor, Shlonsky earned the nickname "Lashonsky" from the wisecrackers of his generation (lashon means "tongue", i.e., "language") for his unusually clever and astute innovations in the newly evolving Hebrew language.