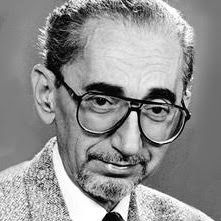 Borislav Pekić (bɔ̂rislav pɛ̂kit͡ɕ; 4 February 1930 – 2 July 1992) was a Montenegrin writer and political activist. He was born in 1930, to a prominent family in Montenegro, at that time part of the Kingdom of Yugoslavia. From 1945 until his immigration to London in 1971, he lived in Belgrade. He was also one of the founding members of the Democratic Party in Serbia.
He is considered one of the most important Serbian literary figures of the 20th century.