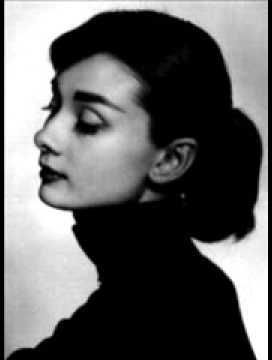 Desanka Maksimović (děsaːŋka maksǐmoʋitɕ, - mǎː-; 16 May 1898 – 11 February 1993) was a Serbian poet, writer and translator. Her first works were published in the literary journal Misao in 1920, while she was studying at the University of Belgrade. Within a few years, her poems appeared in the Srpski knjizevni glasnik (Serbian Literary Herald), Belgrade's most influential literary publication. In 1925, Maksimović earned a French Government scholarship for a year's study at the University of Paris. Upon her return, she was appointed a professor at Belgrade's elite First High School for Girls, a position she would hold continuously until World War II.
In 1933, Maksimović married Sergej Slastikov, a Russian émigré writer. After being dismissed from her post at the high school by the Germans in 1941, she was reduced to a state of poverty and forced to work odd jobs to survive the three-year occupation. She was only permitted to publish children's literature during this period, but secretly compiled a collection of patriotic poems, which were not published until after the war. Among these was Krvava bajka (A Bloody Fairy Tale), which is about the Wehrmacht's killing of schoolchildren in the Kragujevac massacre. It was recited extensively in post-war commemorative ceremonies and became one of the best known Serbian-language poems.
To mark her 60th birthday, Maksimović was named the recipient of a string of honours and awards in 1958. In 1964, she published one of her most acclaimed works, a volume of reflective poetry entitled Tražim pomilovanje (I Seek Clemency). The work's veiled critique of the Tito government made it especially popular. The following year, she became a full-fledged member of the Serbian Academy of Sciences and Arts. Following her husband's death in 1970, Maksimović's poetry increasingly began to revolve around the subject of human mortality. Maksimović travelled extensively in the 1970s and 1980s, and some of her visits abroad inspired several of her works. She became involved in efforts to combat government censorship in the early 1980s and was active until her death in 1993.
Maksimović was the first female Serbian poet to gain widespread acceptance within Yugoslav literary circles and among the general public. One literary scholar notes that she served as an example for other Serbian women wishing to take up the craft. Maksimović's reputation, which was such that most of her contemporaries referred to her simply by her first name, has led one author to describe her as "the most beloved Serbian poet of the twentieth century".