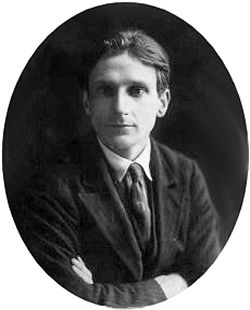 Edmund Charles Blunden, CBE, MC (1 November 1896 – 20 January 1974) was an English poet, author and critic. Like his friend Siegfried Sassoon, he wrote of his experiences in World War I in both verse and prose. For most of his career, Blunden was also a reviewer for English publications and an academic in Tokyo and later Hong Kong. He ended his career as Professor of Poetry at the University of Oxford. He was nominated for the Nobel Prize in Literature six times.