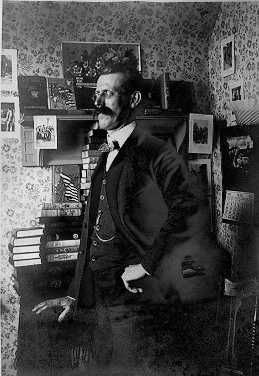 Edward L. Stratemeyer (October 4, 1862 – May 10, 1930) was an American publisher and writer of children's fiction. He was one of the most prolific writers in the world, producing in excess of 1,300 books himself, selling in excess of 500 million copies. He also created many well-known fictional book series for juveniles, including The Rover Boys, The Bobbsey Twins, Tom Swift, The Hardy Boys, and Nancy Drew series, many of which sold millions of copies and are still in publication today. On Stratemeyer's legacy, Fortune wrote: "As oil had its Rockefeller, literature had its Stratemeyer."