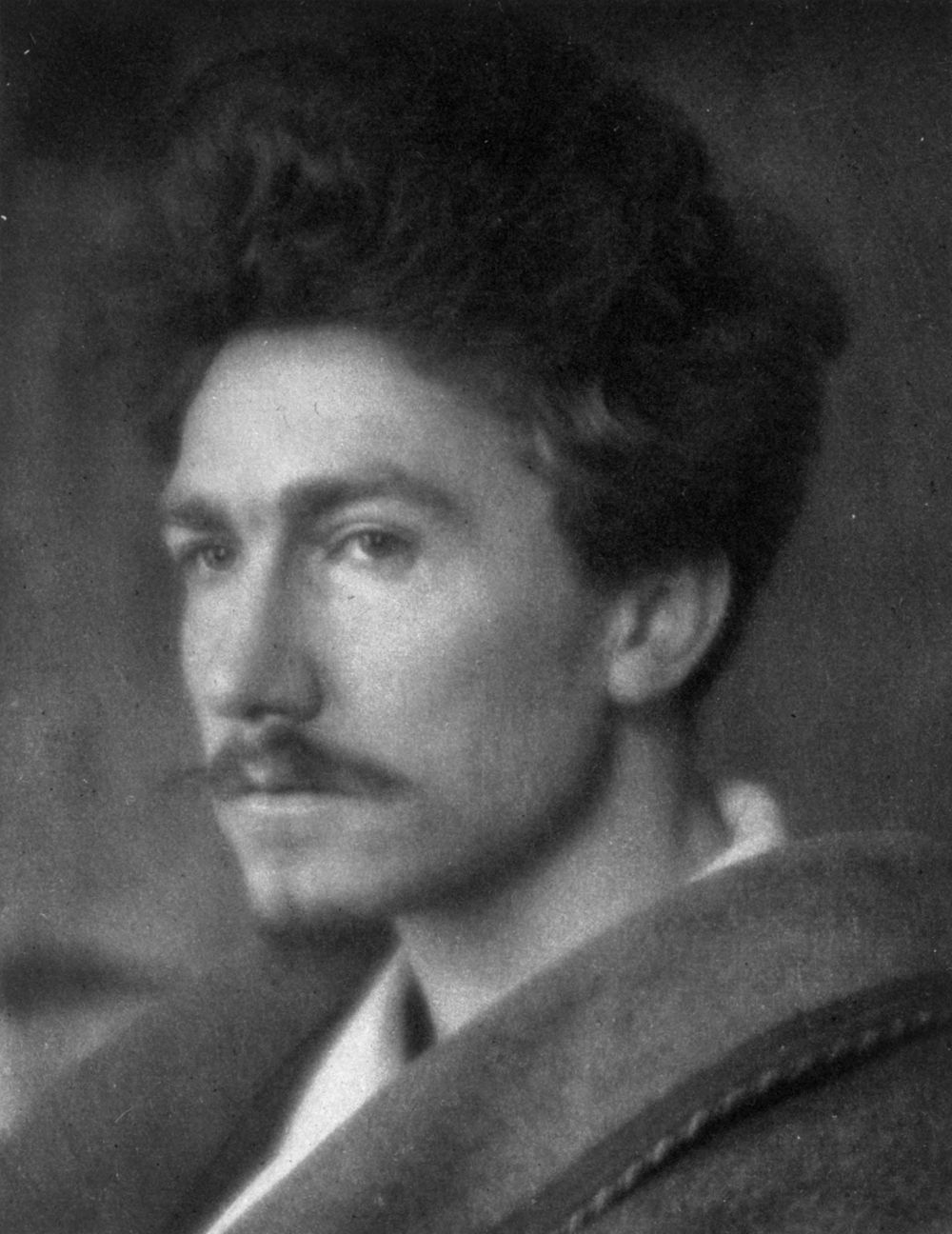 William Atheling the author who wrote under the pen-name William Atheling, Jr. James Blish
Ezra Weston Loomis Pound (30 October 1885 – 1 November 1972) was an expatriate American poet and critic, and a major figure in the early modernist poetry movement. His contribution to poetry began with his development of Imagism, a movement derived from classical Chinese and Japanese poetry, stressing clarity, precision and economy of language. His works include Ripostes (1912), Hugh Selwyn Mauberley (1920) and the unfinished 120-section epic, The Cantos (1917–1969).
Pound worked in London during the early 20th century as foreign editor of several American literary magazines, and helped discover and shape the work of contemporaries such as T. S. Eliot, James Joyce, Robert Frost and Ernest Hemingway.Ernest Hemingway wrote in 1925: "[W]e have Pound the major poet devoting, say, one fifth of his time to poetry. With the rest of his time he tries to advance the fortunes, both material and artistic, of his friends. He defends them when they are attacked, he gets them into magazines and out of jail. He loans them money. He sells their pictures. He arranges concerts for them. He writes articles about them. He introduces them to wealthy women. He gets publishers to take their books. He sits up all night with them when they claim to be dying and he witnesses their wills. He advances them hospital expenses and dissuades them from suicide. And in the end a few of them refrain from knifing him at the first opportunity." Angered by the carnage of World War I, Pound lost faith in Great Britain and blamed the war on usury and international capitalism. He moved to Italy in 1924 and throughout the 1930s and 1940s embraced Benito Mussolini's fascism, expressed support for Adolf Hitler, and wrote for publications owned by the British fascist Sir Oswald Mosley. During World War II, he was paid by the Italian government to make hundreds of radio broadcasts criticizing the United States, Franklin D. Roosevelt and Jews, as a result of which he was arrested in 1945 by American forces in Italy on charges of treason. He spent months in detention in a U.S. military camp in Pisa, including three weeks in a 6 by 6 ft outdoor steel cage, which he said triggered a mental breakdown: "when the raft broke and the waters went over me". The following year he was deemed unfit to stand trial, and incarcerated in St. Elizabeths psychiatric hospital in Washington, D.C., for over 12 years.
Pound began work on sections of The Cantos while in custody in Italy. These parts were published as The Pisan Cantos (1948), for which he was awarded the Bollingen Prize in 1949 by the Library of Congress, leading to enormous controversy. Largely due to a campaign by his fellow writers, he was released from St. Elizabeths in 1958 and returned to live in Italy until his death. His political views ensure that his work remains as controversial now as it was during his lifetime; in 1933 Time magazine called him "a cat that walks by himself, tenaciously unhousebroken and very unsafe for children". Hemingway wrote: "The best of Pound's writing—and it is in the Cantos—will last as long as there is any literature."