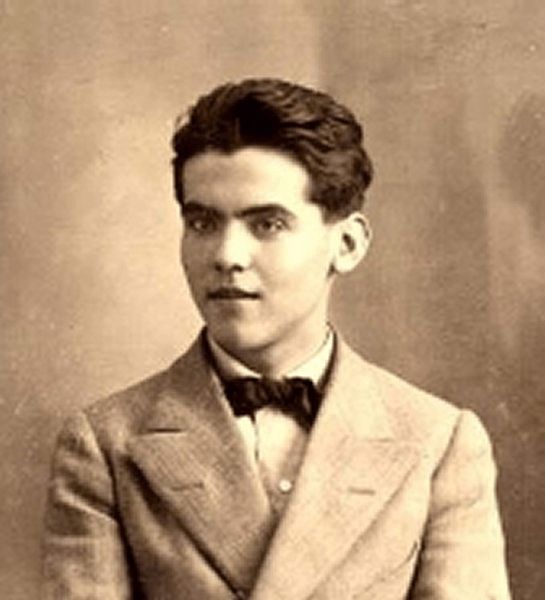 Federico del Sagrado Corazón de Jesús García Lorca, known as Federico García Lorca#tag:ref According to Spanish naming customs, a person usually uses their father's surname as their main surname. As García is a very widely used name, García Lorca is often referred to by his mother's less-common surname, Lorca. See, for example, "Translating Lorca". New Statesman (UK). 10 November 2008. (A typical example of an article in English where is used "Lorca" in the headline and in most of the text, and "Federico García Lorca" is also stated in full.) Spanish conventions require his name to be listed under "G". (feðeˈɾiko ðel saˈɣɾaðo koɾaˈθon de xeˈsuz ɣaɾˈθi.a ˈloɾka; 5 June 1898 – 19 August 1936) was a Spanish poet, playwright, and theatre director.
García Lorca achieved international recognition as an emblematic member of the Generation of '27, a group consisting of mostly poets who introduced the tenets of European movements (such as symbolism, futurism, and surrealism) into Spanish literature. He was executed by Nationalist forces at the beginning of the Spanish Civil War. His body has never been found. In 2008, a Spanish judge opened an investigation into Lorca's death. The García Lorca family eventually dropped objections to the excavation of a potential gravesite near Alfacar, but no human remains were found.