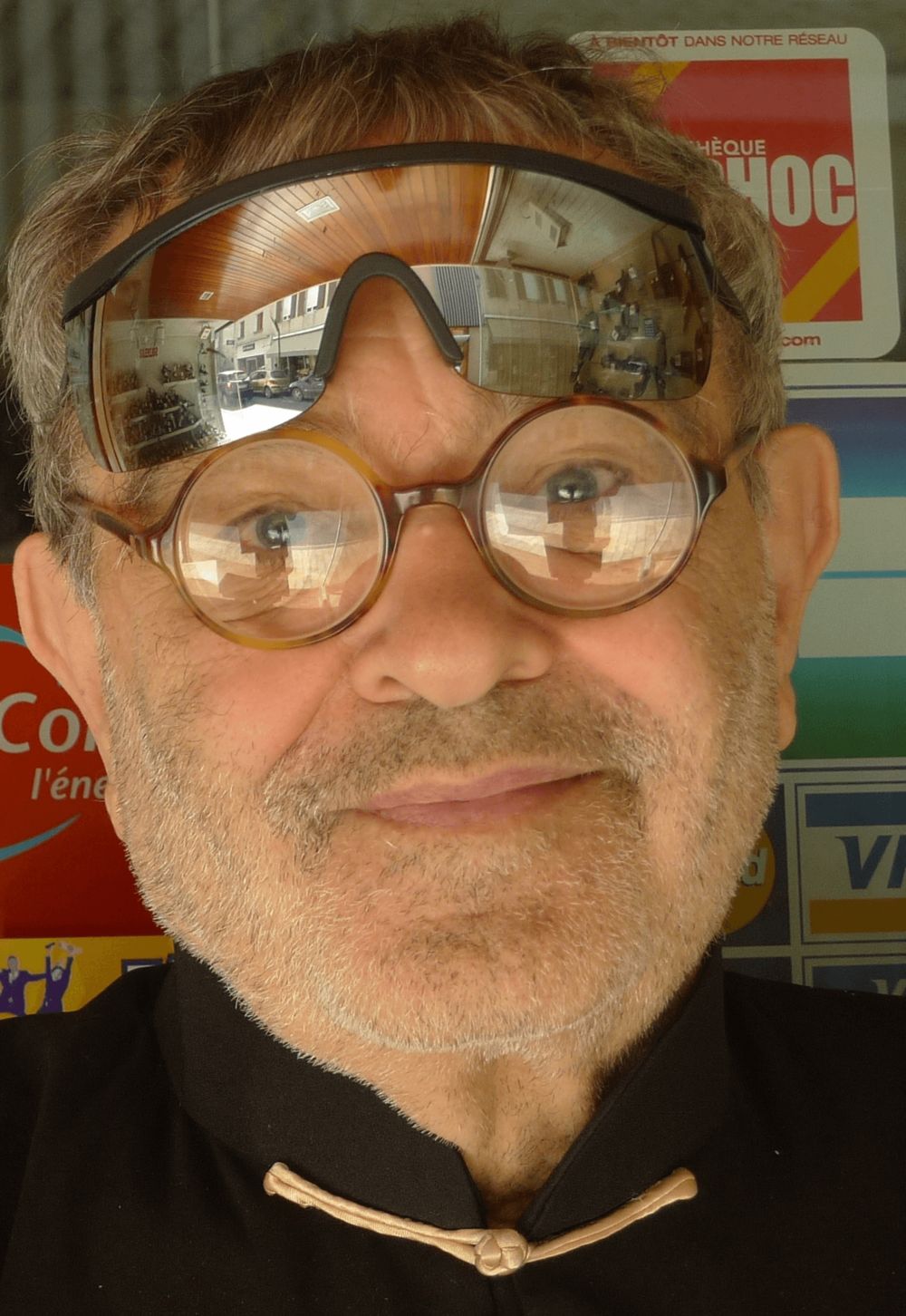 Fernando Arrabal Terán (born August 11, 1932) is a Spanish playwright, screenwriter, film director, novelist, and poet. He was born in Melilla and settled in France in 1955. Regarding his nationality, Arrabal describes himself as "desterrado", or "half-expatriate, half-exiled".
Arrabal has directed seven full-length feature films and has published over 100 plays; 14 novels; 800 poetry collections, chapbooks, and artists' books; several essays; and his notorious "Letter to General Franco" during the dictator's lifetime. His complete plays have been published, in multiple languages, in a two-volume edition totaling over two thousand pages. The New York Times theatre critic Mel Gussow has called Arrabal the last survivor among the "three avatars of modernism".
In 1962, Arrabal co-founded the Panic Movement with Alejandro Jodorowsky and Roland Topor, inspired by the god Pan. He was elected Transcendent Satrap of the Collège de Pataphysique in 1990. Forty other Transcendent Satraps have been elected over the past half-century, including Marcel Duchamp, Eugène Ionesco, Man Ray, Boris Vian, Dario Fo, Umberto Eco, and Jean Baudrillard. Arrabal spent three years as a member of André Breton's surrealist group and was a friend of Andy Warhol and Tristan Tzara.
Writer and critic Javier Villan wrote of Arrabal:Arrabal's theatre is a wild, brutal, cacophonous, and joyously provocative world. It is a dramatic carnival in which the carcass of our 'advanced' civilizations is barbecued over the spits of a permanent revolution. He is the artistic heir of Kafka's lucidity and Jarry's humor; in his violence, Arrabal is related to Sade and Artaud. Yet he is doubtless the only writer to have pushed derision as far as he did. Deeply political and merrily playful, both revolutionary and bohemian, his work is the syndrome of our century of barbed wire and Gulags, a manner of finding a reprieve.