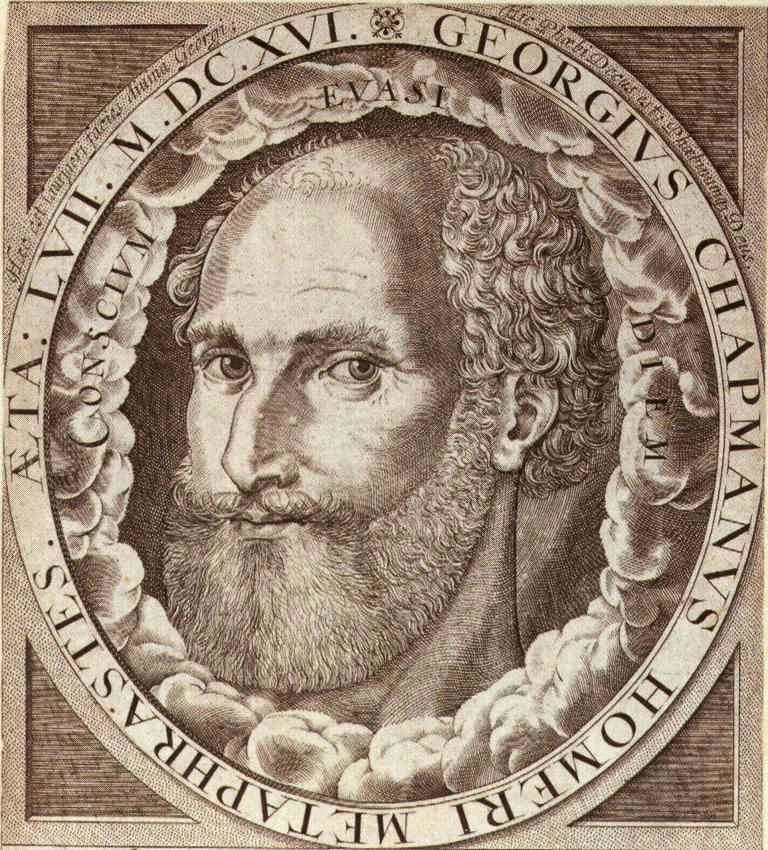 George Chapman (Hitchin, Hertfordshire, c. 1559 – London, 12 May 1634) was an English dramatist, translator, and poet. He was a classical scholar whose work shows the influence of Stoicism. Chapman has been identified as the Rival Poet of Shakespeare's sonnets by William Minto, and as an anticipator of the metaphysical poets of the 17th century. Chapman is best remembered for his translations of Homer's Iliad and Odyssey, and the Homeric Batrachomyomachia.