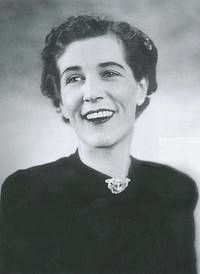 Georgette Heyer (ˈheɪ.ər; 16 August 1902 – 4 July 1974) was an English historical romance and detective fiction novelist. Her writing career began in 1921, when she turned a story for her younger brother into the novel The Black Moth. In 1925 Heyer married George Ronald Rougier, a mining engineer. The couple spent several years living in Tanganyika Territory and Macedonia before returning to England in 1929. After her novel These Old Shades became popular despite its release during the General Strike, Heyer determined that publicity was not necessary for good sales. For the rest of her life, she refused to grant interviews, telling a friend: "My private life concerns no one but myself and my family."
Heyer essentially established the historical romance genre and its subgenre Regency romance. Her Regencies were inspired by Jane Austen, but unlike Austen, who wrote about and for the times in which she lived, Heyer was forced to include copious information about the period so that her readers would understand the setting. To ensure accuracy, Heyer collected reference works and kept detailed notes on all aspects of Regency life. While some critics thought the novels were too detailed, others considered the level of detail to be Heyer's greatest asset. Her meticulous nature was also evident in her historical novels; Heyer even recreated William the Conqueror's crossing into England for her novel The Conqueror.
Beginning in 1932, Heyer released one romance novel and one thriller each year. Her husband often provided basic outlines for the plots of her thrillers, leaving Heyer to develop character relationships and dialogue so as to bring the story to life. Although many critics describe Heyer's detective novels as unoriginal, others such as Nancy Wingate praise them "for their wit and comedy as well as for their well-woven plots".
Her success was sometimes clouded by problems with tax inspectors and alleged plagiarists. Heyer chose not to file lawsuits against the suspected literary thieves, but tried multiple ways of minimizing her tax liability. Forced to put aside the works she called her "magnum opus" (a trilogy covering the House of Lancaster) to write more commercially successful works, Heyer eventually created a limited liability company to administer the rights to her novels. She was accused several times of providing an overly large salary for herself, and in 1966 she sold the company and the rights to seventeen of her novels to Booker-McConnell. Heyer continued writing until her death in July 1974. At that time, 48 of her novels were still in print; her last book, My Lord John, was published posthumously.