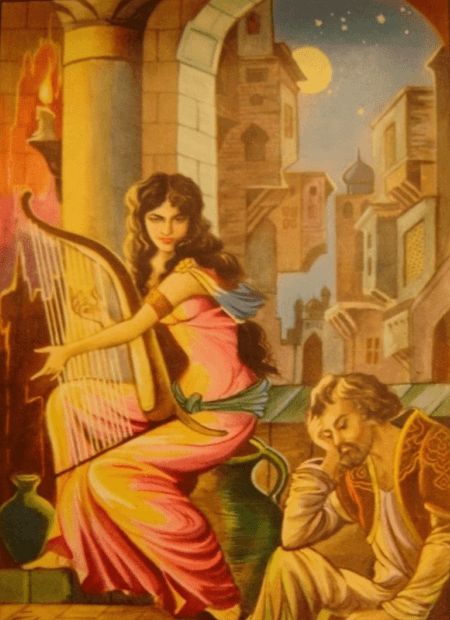 Khwāja Shams-ud-Dīn Muḥammad Ḥāfeẓ-e Shīrāzī (خواجه شمس‌‌الدین محمد حافظ شیرازی), known by his pen name Hafez (fa حافظ Ḥāfeẓ 'the memorizer; the (safe) keeper'; 1315-1390) and as "Hafiz", was a Persian poet who "lauded the joys of love and wine but also targeted religious hypocrisy". His collected works are regarded as a pinnacle of Persian literature and are often found in the homes of people in the Persian speaking world, who learn his poems by heart and still use them as proverbs and sayings. His life and poems have been the subject of much analysis, commentary and interpretation, influencing post-14th century Persian writing more than any other author.
Hafez is best known for his poems that can be described as "antinomian" and with the medieval use of the term "theosophical"; this term theosophy in the 13th and 14th centuries was used to indicate mystical work by "authors only inspired by the holy books" (as distinguished from theology). Hafez primarily wrote in the literary genre of lyric poetry, or ghazals, that is the ideal style for expressing the ecstasy of divine inspiration in the mystical form of love poems.
Themes of his ghazals are the beloved, faith, and exposing hypocrisy. In his ghazals, he deals with love, wine and tavern, all presenting the ecstasy and freedom from restraint, whether in actual worldly release or in the voice of the lover speaking of divine love. His influence in the lives of Persian speakers can be found in "Hafez readings" (fāl-e hāfez, فال حافظ) and the frequent use of his poems in Persian traditional music, visual art, and Persian calligraphy. His tomb is visited often. Adaptations, imitations and translations of his poems exist in all major languages.