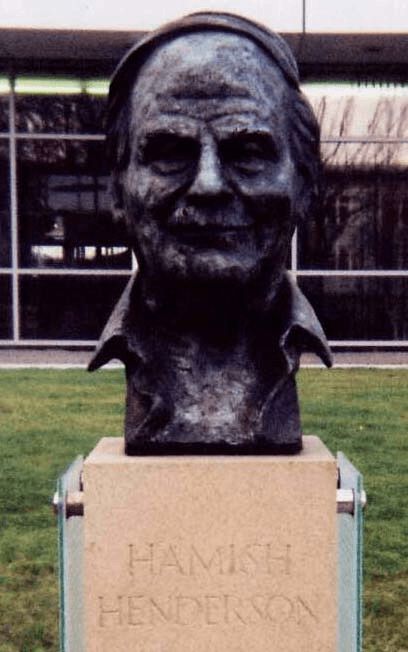 Hamish Scott Henderson, (11 November 1919 – 9 March 2002; Scottish Gaelic: Seamas MacEanraig (Seamas Mòr)) was a Scottish poet, songwriter, communist, soldier and intellectual.
He has been referred to as the most important Scots poet since Robert Burns and was a catalyst for the folk revival in Scotland. He was also an accomplished folk song collector and discovered such notable performers as Jeannie Robertson, Flora MacNeil and Calum Johnston.