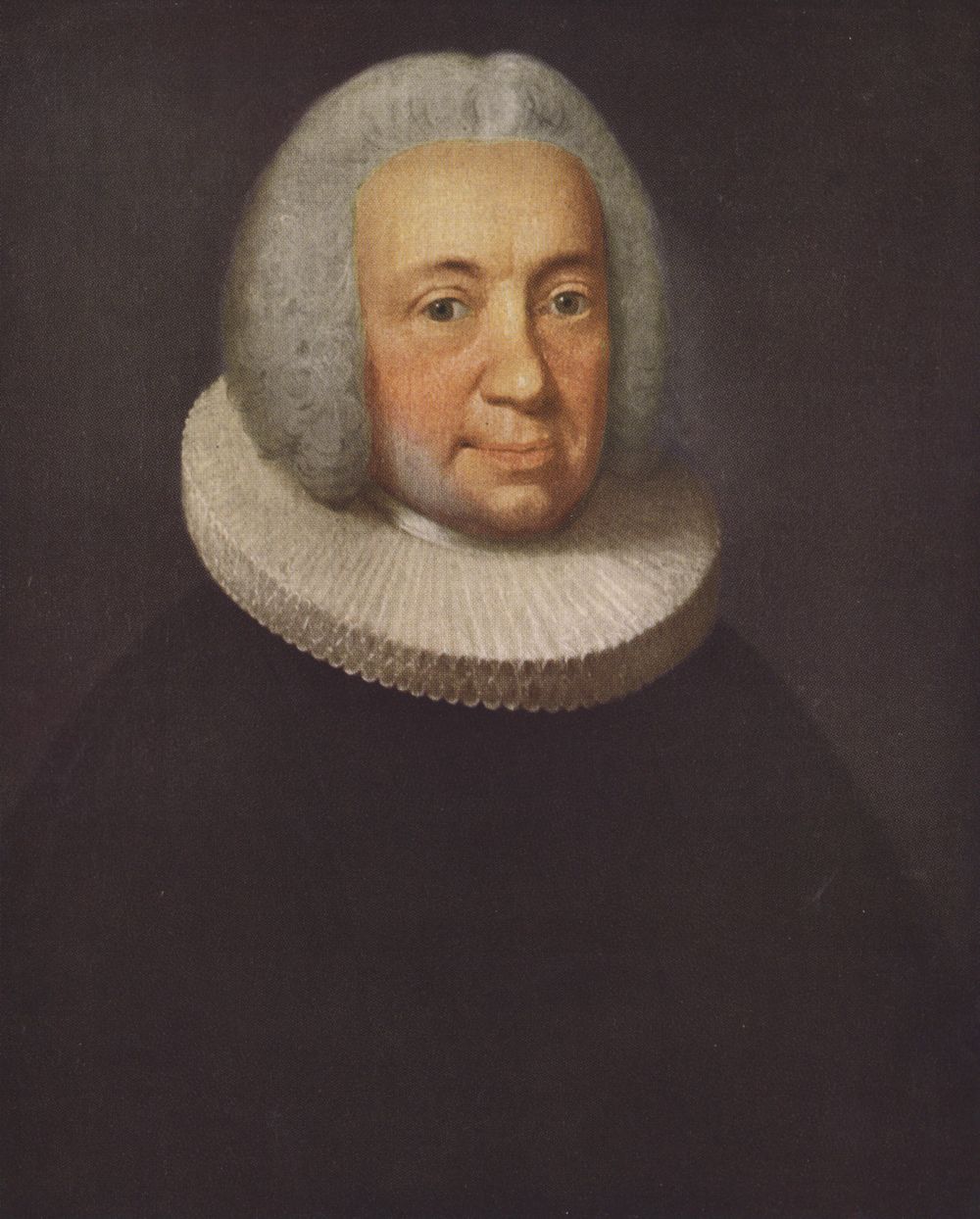 Hans Adolph Brorson (20 June 1694, Randerup – 3 June 1764, Ribe) was a Danish Pietist bishop and hymn writer.
Brorson belonged to a clerical family: both of this brothers were energetic and successful Pietist vicars. He began publishing hymns in 1732 while a pastor in southern Jutland. His most important work was Troens rare klenodie (1739; "The Rare Jewel of the Faith"), which contained many translations of German Pietist hymns and 82 original pieces and went through seven editions in Brorson's lifetime. He was elected bishop of Ribe in 1741, where he remained for the rest of his life. His outward social success as a clerical administrator was contrasted by private sorrows (an insane son, the early death of his first wife) but he resigned himself to his fate. Some of these problems are probably reflected in a second book of hymns, Svanesang ("Swan Song"), that was published posthumously in 1765. From this collection must be mentioned the still popular and hopeful funeral hymn Her vil ties ("Here will be silent")
Almost forgotten after his death but "re-detected" during the romantic period Brorson is now ranked among the four greatest Danish hymn writers. His tune is not as strong as that of Kingo but in return he is more of a lyricist. Besides he is perhaps the first important Southern Jutland poet in Danish literature. The Christmas hymn Den yndigste rose er funden (1732) is included in the Danish Culture Canon.
Brorson's lyrics formed the basis of the first two of Edvard Grieg's Fire Salmer, 'Guds søn har gjort mig fri' ('God's son has set me free') and 'Hvad est du dog skjøn' ('O but you are beautiful').
He is buried in Ribe Cathedral.