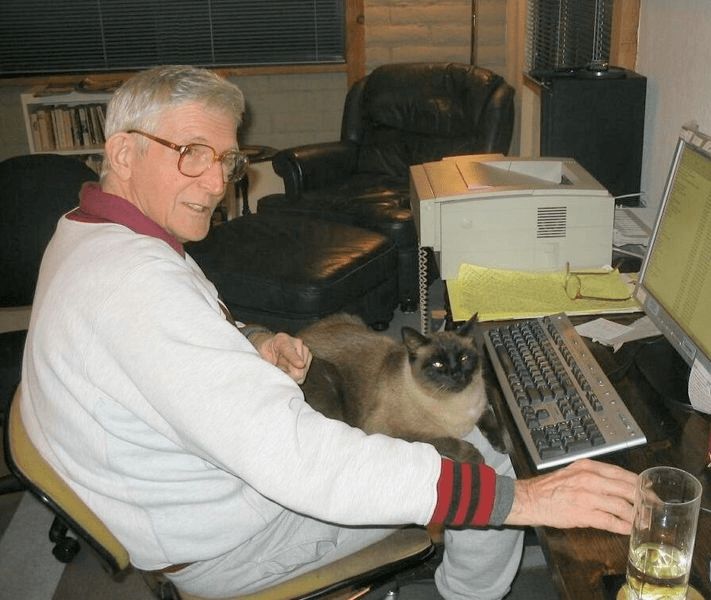 Hayford Peirce (born January 7, 1942 in Bangor, Maine) is an American writer of science fiction, mysteries, and spy thrillers. He attended Phillips Exeter Academy and received his BA from Harvard College. He has written numerous short stories for the science-fiction magazines Analog, Galaxy, and Omni, as well as mystery shorts for Alfred Hitchcock's Mystery Magazine and Ellery Queen's Mystery Magazine. Most of his stories are light-hearted and satiric in tone, with elements of black humor and occasional surprising grimness.
He has also written a number of science-fiction and mystery novels, some of which were published by Tor, and the others by Wildside Press. They have been translated into several languages. Typical of them are Napoleon Disentimed and Blood on the Hibiscus. His one spy thriller, written in London in 1968 at the height of the fictional spy mania, is The Bel Air Blitz.
Many of Peirce's short stories concern on-going protagonists. In the science-fiction field there have been collections of his Chap Foey Rider, Capitalist to the Stars stories, of his Jonathan White, Stockbroker in Orbit stories, and of his Sam Fearon, Time Scanner stories. In the mystery field, he has had two collections about protagonists living in Tahiti, Commissaire Tama, a chief of police, and Joe Caneili, a private eye.
Peirce has also collaborated with David M. Alexander on stories that have appeared in Analog.
The Encyclopedia of Science Fiction says "he established a name for lightly written tales whose backgrounds were unusually well conceived.... Napoleon Disentimed, his first novel, is an attractive example of what might be called the ALTERNATIVE WORLD hijinks tale... HP's titles are notably inventive....".