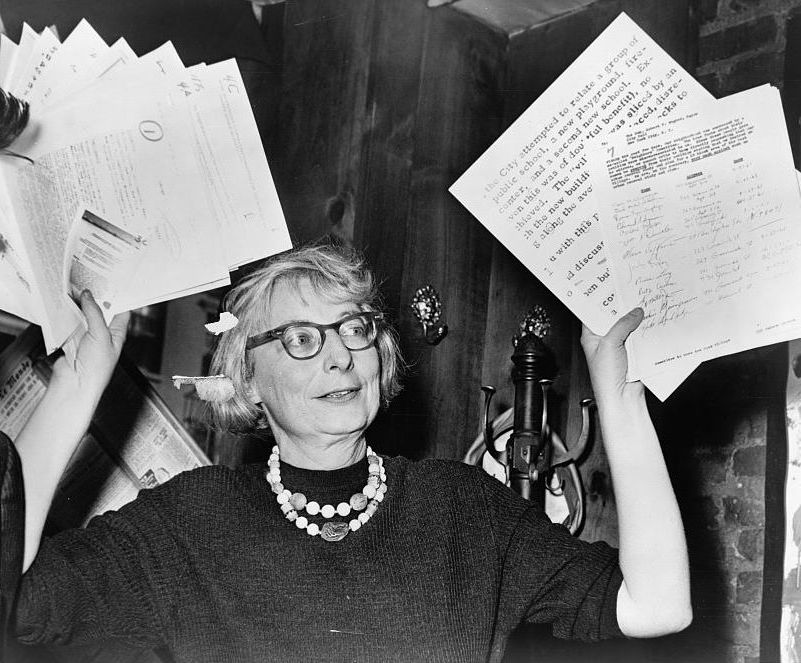 Jane Jacobs OC OOnt (née Butzner; May 4, 1916 – April 25, 2006) was an American-Canadian journalist, author, and activist who influenced urban studies, sociology, and economics. Her book The Death and Life of Great American Cities (1961) argued that urban renewal did not respect the needs of city-dwellers. It also introduced the sociological concepts "eyes on the street" and "social capital".
Jacobs organized grassroots efforts to protect neighborhoods from "slum clearance", in particular Robert Moses' plans to overhaul her own Greenwich Village neighborhood. She was instrumental in the eventual cancellation of the Lower Manhattan Expressway, which would have passed directly through SoHo and Little Italy. She was arrested in 1968 for inciting a crowd at a public hearing on that project. After moving to Toronto in 1968, she joined the opposition to the Spadina Expressway and the associated network of expressways in Toronto planned, and under construction.
As a mother and a writer who criticized experts in the male-dominated field of urban planning, Jacobs endured scorn from established figures. She did not have a college degree or any formal training in urban planning, and her lack of credentials was seized upon as grounds for criticism.