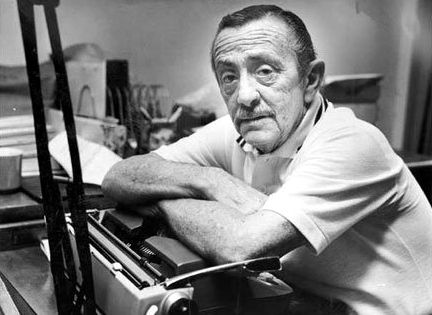 John Fante (April 8, 1909 – May 8, 1983) was an Italian-American novelist, short story writer and screenwriter. He is best known for his semi-autobiographical novel Ask the Dust (1939) about the life of a struggling writer, Arturo Bandini, in Depression-era Los Angeles. It is widely considered the great Los Angeles novel and is one in a series of four novels, published between 1938 and 1985, that are now collectively called "The Bandini Quartet". Ask the Dust was adapted into a film made in 2006, starring Colin Farrell. In his lifetime, Fante published five novels, one novella, and a short story collection. Additional works, including two novels, two novellas, and two short story collections, were published posthumously. His screenwriting credits include, most notably, Full of Life (1956), based on his 1952 novel by that name, Jeanne Eagels (1957), and the 1962 films Walk on the Wild Side and The Reluctant Saint.