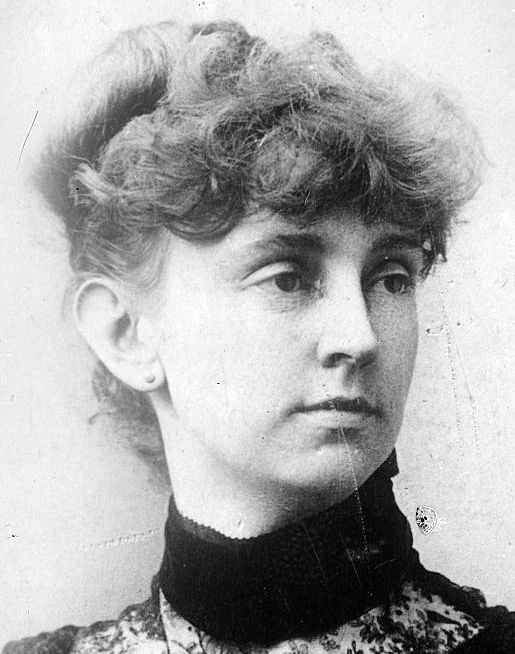 Kate Douglas Wiggin (September 28, 1856 – August 24, 1923) was an American educator and author of children's stories, most notably the classic children's novel Rebecca of Sunnybrook Farm. She started the first free kindergarten in San Francisco in 1878 (the Silver Street Free Kindergarten). With her sister during the 1880s, she also established a training school for kindergarten teachers. Kate Wiggin devoted her adult life to the welfare of children in an era when children were commonly thought of as cheap labor.
Wiggin went to California to study kindergarten methods. She began to teach in San Francisco with her sister Nora Smith assisting her, and the two were instrumental in the establishment of over 60 kindergartens for the poor in San Francisco and Oakland. She moved from California to New York, and having no kindergarten work on hand, devoted herself to literature. She sent The Story of Patsy and The Bird's Christmas Carol to Houghton, Mifflin & Co. who accepted them at once. Besides the talent for story-telling, she was a musician, sang well, and composed settings for her poems. She was also an excellent elocutionist. Her first literary work was Half a Dozen Housekeepers, a serial story which she sent to St. Nicholas. After the death of her husband in 1889, she returned to California to resume her kindergarten work, serving as the head of a Kindergarten Normal School. Some of her other works included Cathedral Courtship, A Summer in a Canon, Timothy's Quest, The Story Hour, Kindergarten Chimes, Polly Oliver's Problem, and Children's Rights.Rutherford 1894