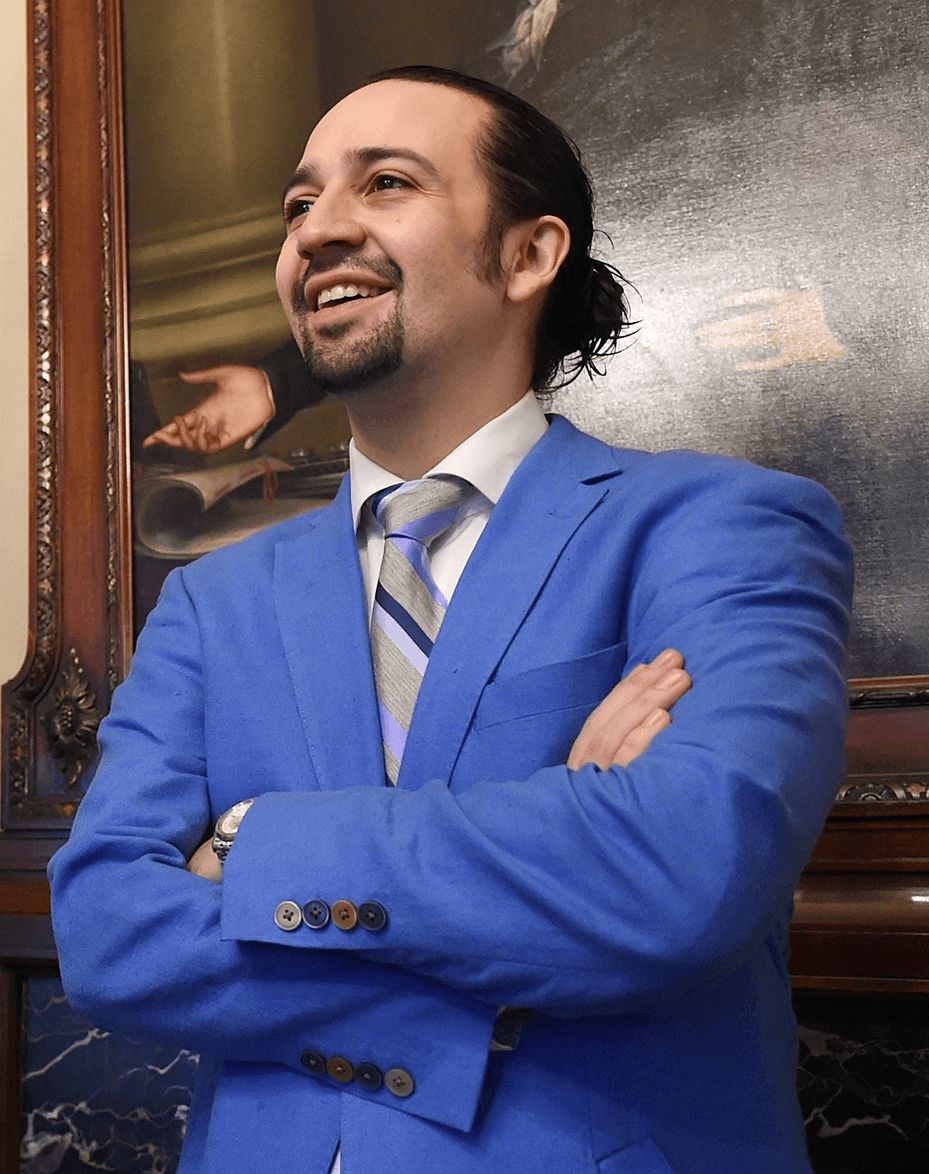 Lin-Manuel Miranda (lɪn_mænˈwɛl_məˈrændə; born January 16, 1980) is an American composer, lyricist, playwright, rapper, and actor best known for creating and starring in the Broadway musicals In the Heights and Hamilton. He co-wrote the songs for Disney's Moana soundtrack (2016) and is set to co-star in the upcoming film Mary Poppins Returns. Miranda's awards include a Pulitzer Prize, three Grammy Awards, an Emmy Award, a MacArthur Fellowship, and three Tony Awards.
Miranda wrote the music and lyrics for the musical In the Heights, which premiered on Broadway in 2008. For this work, he won the 2008 Tony Award for Best Original Score, the show's cast album won the 2009 Grammy Award for Best Musical Theater Album and the show won the Tony Award for Best Musical. Miranda was also nominated for the Tony Award for Best Actor in a Musical for his performance in the show's lead role. Miranda prepared Spanish translations used in the 2009 Broadway production of West Side Story and was co-composer and lyricist for Bring It On: The Musical, which played on Broadway in 2012. His television work includes recurring roles on The Electric Company (2009–2010) and Do No Harm (2013). He hosted Saturday Night Live for the first time in 2016 and earned his first Emmy award nomination for acting. Among other film work, Miranda contributed music and vocals for a scene in Star Wars: The Force Awakens (2015).
Miranda is most celebrated for writing the book, music and lyrics for Hamilton: An American Musical, which has been acclaimed as a pop culture phenomenon since its Broadway premiere in August 2015. The show earned the 2016 Pulitzer Prize for Drama, the 2016 Grammy Award for Best Musical Theater Album, and was nominated for a record-setting 16 Tony Awards, of which it won 11, including Best Musical, Best Original Score and Best Book. For his performance in the lead role of Alexander Hamilton, Miranda was nominated for another Tony Award for Best Actor in a Musical. The Hamilton cast recording spent ten weeks atop Billboard 's Top Rap Albums chart in 2015, while The Hamilton Mixtape, an album of covers of songs from the musical, developed by and featuring Miranda, reached number one on the Billboard 200 upon release in December 2016.
Miranda has been politically active, most notably on behalf of Puerto Rico. He met with politicians in 2016 to speak out in favor of debt relief for Puerto Rico, and raised funds for rescue efforts and disaster relief after Hurricane Maria struck the island in 2017.