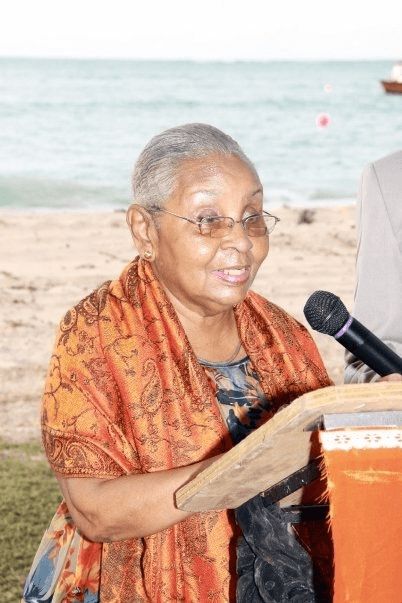 Marion Patrick Jones (16 August 1931 – 2 March 2016) was a Trinidadian novelist, whose training was in the fields of library science and social anthropology. She is also known by the names Marion Glean and Marion O'Callaghan (her married name). Living in Britain during the 1960s, she was also an activist within the black community. She was the author of two notable novels – Pan Beat, first published in 1973, and J’Ouvert Morning (1976) – and also wrote non-fiction.