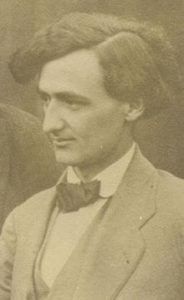 Momčilo Nastasijević (23 September 1894 – 13 February 1938) was a Serbian poet, novelist and dramatist born in Gornji Milanovac in Serbia, and whose work was issued during the literary epoch between the two world wars. He spent most of his adult life, however, teaching at a Belgrade Gymnasium. During his lifetime Momčilo Nastasijević was less well known than some of his contemporaries, such as Miloš Crnjanski and Rastko Petrović, but lately, however, his work has begun to be noticed again. His literary output was not large, and it gained immediate appreciation only in a narrow circle of intimate friends. Poetry with its close affinity to music brought about a successful team-effort between poet Momčilo Nastasijević and his brother Svetomir Nastasijević the music composer.