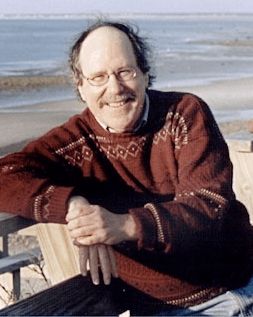 Paul Levinson (born March 25, 1947) is an American writer and professor of communications and media studies at Fordham University in New York City. His novels, short fiction, and non-fiction works have been translated into sixteen languages.
Levinson has been interviewed more than 500 times on local, national and international television and radio as a commentator on media, popular culture, and science fiction. He is frequently quoted in newspapers and magazines around the world and his op-eds have appeared in such major papers as The Atlanta Journal-Constitution, New York's Newsday, and The New York Sun. He was interviewed in a short weekly spot early Sunday mornings on KNX-AM Radio in Los Angeles, from 2006 to 2008 on media-related news events and popular culture. He hosts four podcasts and maintains several blogs. In April 2009, The Chronicle of Higher Education named him one of Twitter's top ten "High Fliers".
In 1985 he co-founded Connected Education, offering online courses for Masters credit. He served as president of the Science Fiction and Fantasy Writers of America from 1998 to 2001. He has been a professor of communication and media studies at Fordham University since 1998; he was chair of the department from 2002 to 2008. He previously taught at The New School, Fairleigh Dickinson University, Hofstra University, St. John's University, Polytechnic University of New York, Audrey Cohen College and the Western Behavioral Sciences Institute (WBSI). He has given lectures and keynote addresses at conferences at many universities including the London School of Economics, Harvard University, Baylor University, University of Copenhagen, New York University, the Annenberg School for Communication at the University of Pennsylvania, and the University of Toronto and authored over 100 scholarly articles.
Prior to his academic career, Levinson was a songwriter, singer and record producer in the late 1960s and early 1970s, with recordings by the Vogues, Donna Marie of the Archies, June Valli, Jimmy Clanton, and Ellie Greenwich. As a radio producer he worked with Murray the K and Wolfman Jack. Levinson's work is influenced by Isaac Asimov, Thomas Jefferson, John Stuart Mill, Marshall McLuhan, Harold Innis, Karl Popper, Carl Sagan, and Donald T. Campbell.