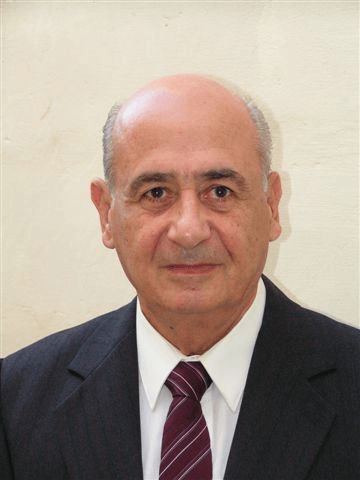 Pawlu Aquilina (August 28, 1929 – January 29, 2009) was a Maltese poet and writer from Siġġiewi, Malta. He studied at the Archbishop's Seminary and St Michael's Training College for Teachers.
In 1950 Aquilina started his teaching career in the Maltese Government Primary Schools till 1957 when he was appointed scriptwriter with the Department of Information - Education Broadcasting Section. In 1959 he was appointed Master of Maltese at The Lyceum. In 1978 he became assistant headmaster and in 1986 was appointed headmaster. He retired in 1990.
Aquilina wrote various poems and essays, radio features and many educational broadcasts for school children. On request from the Jesuit provincial, the poet Fr Ġuże Delia S.J., he translated the historical-religious verse drama El Divino Impaciente from the English version 'A Saint in a Hurry' of the well known Spanish poet and writer José María Pemán. Other translation works: "St Vincent de Paule's Residence for the Elderly - The medico-social record", by Dr Paul Cassar, MD.BSc (Lond)., FRHist.S.(Lond)D.Litt.(Hon. Causa)(1994); "Il-ħobż Malti - Is-Sengħa tal-Furnar" by Monsieur Hubert Chiron (1994); "A Guide to the Passion - 100 Questions About the Passion of The Christ" by the Directors of Catholic Exchange" (2004).
Co-Edited with Ġużè Diacono the revised edition of the English - Maltese Dictionary (5 volumes) by Dun Karm Psaila; (1991–1993).
In 1992 he published a selection of his poems in one volume Mill-Beraħ ta' l-Għelieqi. He won various literature contests.
Aquilina died in Malta on 29 January 2009.